Holiday Time: NIGHT AT THE MUSEUM: SECRET OF THE TOMB - Alan Silvestri 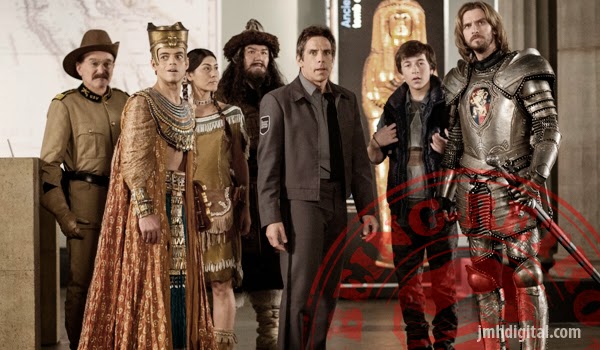 
Get ready for the most wild and adventure-filled NIGHT AT THE MUSEUM ever, as Larry spans the globe, uniting favorite and new characters while embarking on an epic quest to save the magic before it is gone forever

Director Shawn Levy brought back composer Alan Silvestri for the third film in the trilogy.  In his ongoing, decades-long career as a composer, Silvestri has scored some of the most iconically revered and profitable films in Hollywood history, amassing over a hundred credits to the tune of two Oscar and Golden Globe nominations, two Emmys, as well as three Grammy awards.  While stylistically diverse, the unifying voice of Alan’s work is an unmistakable rhythmic melody whose themes continue to embody movie excitement and drama for generations of moviegoers. 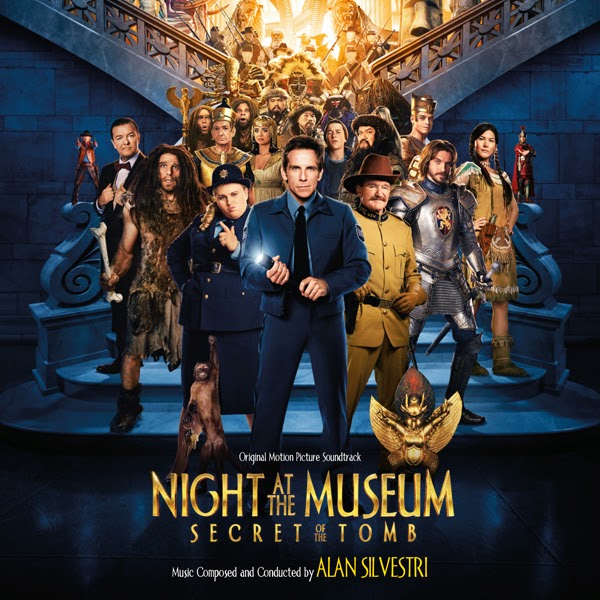 20th Century Fox presents NIGHT AT THE MUSEUM: SECRET OF THE TOMB, in theaters December 19, 2014.  NIGHT AT THE MUSEUM: SECRET OF THE TOMB - Original Motion Picture Soundtrack from Varèse Sarabande Records will be available digitally on December 15 and on CD January 6, 2015.
We only have a few films and projects of the late Robin Williams and he will always be remembered for the work in this series of films. I love this series and the scores that come with it, this is a fun rousing score from composer "Alan Silvestri" who always manages to keep us entertained!
Jeremy [Howlin' Wolf]
Hosted by Jeremy [Retro] at 9:15 AM