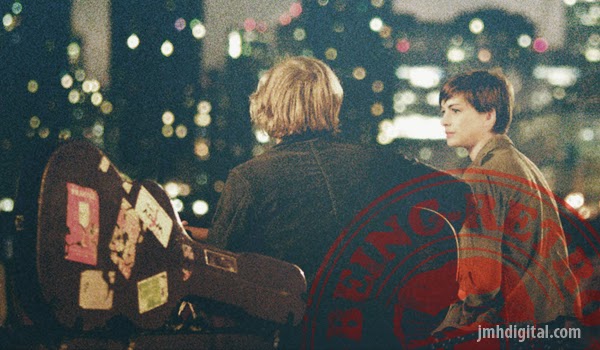 Lakeshore Records will release the SONG ONE – Original Motion Picture Soundtrack, digitally and on CD January 13, 2015. The film features original songs performed by the film’s Johnny Flynn and written by Jenny Lewis (Rilo Kiley, The Postal Service, Jenny and Johnny) and Johnathan Rice (Jenny and Johnny).

Oscar® winner Anne Hathaway (INTERSTELLAR, LES MISERABLES) stars as Franny in SONG ONE, a romantic drama set against the backdrop of Brooklyn’s vibrant modern-folk music scene. After Franny’s musician brother Henry (Ben Rosenfield, BOARDWALK EMPIRE) is injured and hospitalized in a coma following a car accident, Franny returns home after a long estrangement and begins to use his notebook as a guide to how his life has evolved in her absence. Franny seeks out the musicians and artists Henry loved, in the course of her journey meeting James Forester (Johnny Flynn), his musical idol, whose success and fame belie a shy and private man. As a strong romantic connection develops between Franny and James, the question becomes if love can bloom even under the most adverse circumstances. The film also stars Oscar® winner Mary Steenburgen (THE HELP) and was produced by Jonathan Demme (RACHEL GETTING MARRIED, PHILADELPHIA).

The character of James Forester had, years earlier, released a first album to great acclaim, but now finds himself crippled by writer’s block after that early success. “The idea of a ‘song one’ encapsulates the nature of creating— the process of starting from scratch and starting over,” said Barker-Froyland. The duo of Jenny Lewis and Johnathan Rice, aka Jenny and Johnny, were brought in to write the original songs for the film.

Casting the role of James Forester to perform these songs was essential. “We made a vow: if we couldn’t find James Forester and we couldn’t pin down his sound, we weren’t going to make the film,” said the film’s producer and co-star Anne Hathaway. They found their leading man in Johnny Flynn who is both an actor (CLOUDS OF SILS MARIA, LOTUS EATERS) and singer (his latest album “Country Mile” has just been released).

Simultaneously Flynn worked in the studio recording with Lewis and Rice. “We were shooting five or six days a week, but on the weekends I was recording the soundtrack album in the studio with Jenny and Johnathan,” said Flynn. The result is an album that is an amazing souvenir of the film and a great standalone indie record! 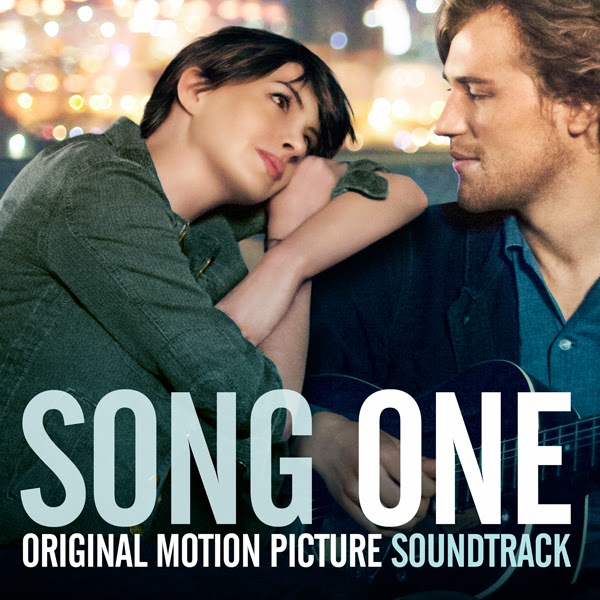 Cinedigm and The Film Arcade present SONG ONE in theaters and On Demand on January 23, 2015. The SONG ONE –Original Motion Picture Soundtrack, featuring original music by Jenny Lewis and Johnathan Rice, performed by Johnny Flynn, will be available digitally and on CD January 13, 2015.

Worst cover art for me, it bugs me... the soundtrack is a great standalone, with some great songs.
Jeremy [Howlin' Wolf]
Hosted by Jeremy [Retro] at 7:39 AM