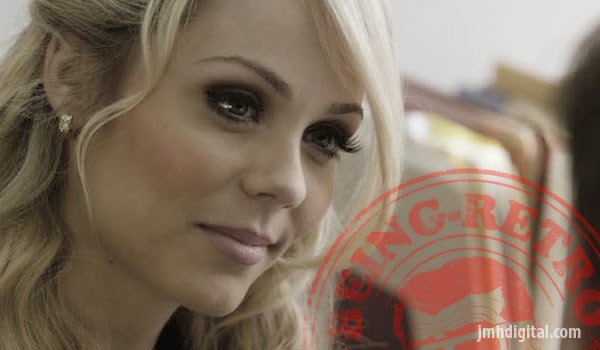 “In creating this score, I was able to take advantage of some friends who are great live players and they helped bring a whole other level of emotion to the score,” said London.  He turned to his friend Jeff Dalziel, a record producer and instrumentalist.  “He covered all the guitars that I was unable to play. Jeff recommended iSH, an up-and-coming artist who I now can't even imagine not singing this song.  iSH not only nailed the track but he is a just one of those guys you love to work with: he's a great writer, he's a great collaborator and he's always positive.  Between the three of us, I think we had the bulk of the song written in a day and had it produced and finished very shortly after.” Also featured on the recording is bass player Steve Vincent (the band Tupelo Honey) and percussionist Julio Moreno.

Having studied composition and conducting with Canada’s music elite: John Burge, Marjan Mozetich and Kristi Allik, Steve London received a certificate of specialization from the world renowned 'Scoring for Motion Pictures and Television' program at the University of Southern California. The opportunity to study in L.A. with such composers as Elmer Bernstein, Jerry Goldsmith and Christopher Young, was invaluable and integral to his development as a serious composer for film and television. He quickly went on to work as a score coordinator for Christopher Young on such films as UNFORGETTABLE, HEAD ABOVE WATER, and COPYCAT.

London lives and works in both Los Angeles and Toronto. He has written music for many feature films including: THAT BEAUTIFUL SOMEWHERE starring Roy Dupuis and Jane MacGregor, SEDUCED BY A THIEF, starring Sean Young and Ron Perlman, and SHALLOW GROUND.  His most recent feature documentary, ONCE UPON A CRIME: THE BORRELLI-DAVID CONSPIRACY premiered at the Austin Film Festival in October 2014, winning the juried award for Best Feature Documentary.

“[Director] Jeff Stephenson, [producer] Robert Budreau and I had talked through the approach to the score of the film and we all had agreed on the idea of a more contemporary score but we needed to keep some of the traditional ‘caper’ type elements,” said London.

Life could not be better for best friends Neal and Isaac in BANK$TAS. They just graduated college and landed their dream job with a top investment bank. But when they discover their boss is planning a crooked student loan deal, their lives are thrown into turmoil. Determined to stop the corrupt plan, they concoct a crazy scheme of sex, drugs and espionage resulting in a wildly chaotic adventure. 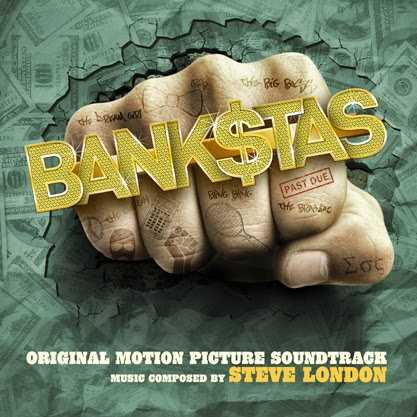 “There are many motifs in the film but there is one main motif that reoccurs throughout the whole film: the Isaac and Neal ‘best buddy’ motif.  In fact, that ‘best buddy’ motif is even part of the main riff of the main title song,” explained London.  “This motif is mainly played in the Rhodes electric piano and it was a real challenge to write. I wanted to find a way to encapsulate these two guys kind of quirky genius personalities but still have a catchy non-quirky sounding motif.”

BANK$TAS is currently available on VOD.  The BANK$TAS – Original Motion Picture Soundtrack will be available digitally on December 23, 2014 and on CD March 10, 2015.