LUNATIC SOUL'S NEW MUSIC VIDEO "THE FEAR WITHIN" WAS FILMED IN CHERNOBYL Lunatic Soul album, WALKING ON A FLASHLIGHT BEAM Out Now 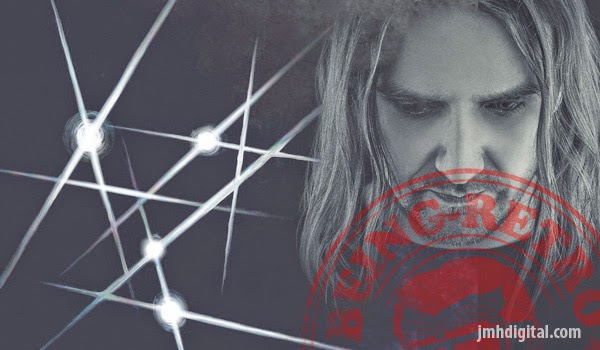 THE FEAR WITHIN is the name of the new music video for Mariusz Duda's solo project, Lunatic Soul and its album, WALKING ON A FLASHLIGHT BEAM.

Filmed by Scott (that's right, just "Scott") from Kscope, and edited by (Steven Wilson's video director) Lasse Hoile, THE FEAR WITHIN video documents Chernobyl as it is now nearly 30 years since the catastrophic nuclear accident (26 of April, 1986). Scott has an interest in "dark tourism," which is traveling to sites historically associated with death and tragedy and "urbexing," which is exploring 'generally abandoned man-made ruins.

Pripyat (a ghost town near Reactor 4 at the Chernobyl Nuclear Power Plant) is high on Scott's list of well known places to visit, "I was desperate to explore the abandoned area surrounding the power station that was the scene of the devastating nuclear disaster, before the government changed the regulations for visitors. A friend suggested a trip to Kiev, Ukraine. I spoke with Lasse before I went, and he encouraged me to film/photograph as much as I possibly could to document the area, with a thought to potentially using the footage to create a video in the future when an appropriate project came up. It had to be the right fit for the right track. Lunatic Soul's THE FEAR WITHIN was that perfect project."

Mariusz Duda says the album WALKING ON A FLASHLIGHT BEAM title "indicates living in a world of imagination in a place that's made up and unreal. You can have your head in the clouds, you can chase after rainbows so you can walk on a flashlight beam too. It's a story about choosing to be alone, inspired by the life of people who were completely alienated and withdrawn from social life, who shunned all interactions with the outside world. It's about people who, even on a bright and sunny day, have the curtains drawn and the blinds closed in their rooms. Such people are usually surrounded by books, films, games, figments of other people's imagination. I've written about solitude and living in a world of fiction before in Riverside's lyrics but now I've decided to write a whole album about it."

###
The Music Video: Lunatic Soul's THE FEAR WITHIN
More Info on The Chernobyl Nuclear Accident
www.LunaticSoul.com

Email ThisBlogThis!Share to TwitterShare to FacebookShare to Pinterest
Labels: Kscope