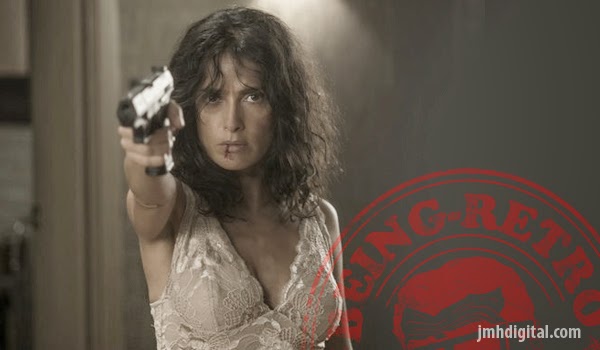 Sparks & Shadows announces the release date for the EVERLY – Original Motion Picture Soundtrack on January 20, 2015. As a special holiday bonus, fans that pre-order the soundtrack on iTunes now will receive the five holiday-themed tracks right away!

Composer Bear McCreary (KNIGHTS OF BADASSDOM, TV’s THE WALKING DEAD) and the film’s director Joe Lynch have teamed together with vocalist Raya Yarbrough to release a special gift, a video of “Silent Night”, directed by Lynch, arranged by Bear McCreary.

“I first conceived of the story for EVERLY, as my ode to Asian cinema, holiday movies like DIE HARD, and entrails,” said Lynch. “Bear McCreary is one of the most eclectic composers working today and there was no-one else I wanted to tell this story with me musically, so much so I named the head Yakuza Boss ‘Taiko’ as an homage to one of Bear’s signature sounds.”

“Everly is a film in which Salma Hayek must stay alive in an apartment while confronting wave after wave of increasingly volatile and vicious Yakuza gangsters. It is pretty much as awesome as it sounds,” described BadassDigest. MovieFone described it as “a symphony of exploding heads and bullets.” 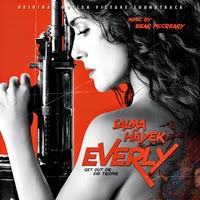 To score this ‘symphony,’ Lynch turned to frequent collaborator Bear McCreary. Lynch said, “Bear and Team McCreary (including his lovely muse Raya and badass brother Brendan, who worked on the holiday tracks) were the sonic glue that holds the madness together, and I don’t know what the film would be like without his work on it.”

Radius-TWC presents EVERLY, available on iTunes and On Demand January 23, 2015 and in theaters February 27, 2015. The EVERLY - Original Motion Picture Soundtrack will be available on January 20, 2015 and is available for pre-order at iTunes at: [CLICK HERE]. Pre-order the album and download the 5 holiday-themed tracks in advance of the album’s release. “Merry Christmas, ya filthy animals,” joked Lynch.

Just Announced and act fast, get something for free!
Jeremy [Howlin' Wolf]