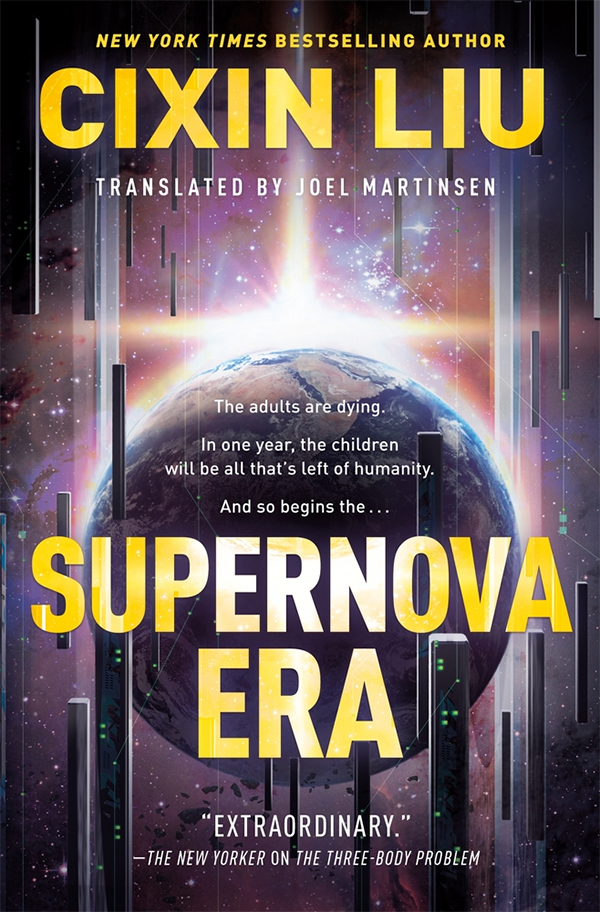 In those days, Earth was a planet in space.
In those days, Beijing was a city on Earth.
On this night, history as known to humanity came to an end.

Eight light years away, a star has died, creating a supernova event that showers Earth in deadly levels of radiation. Within a year, everyone over the age of thirteen will die.

And so the countdown begins. Parents apprentice their children and try to pass on the knowledge needed to keep the world running.

But when the world is theirs, the last generation may not want to continue the legacy left to them. And in shaping the future however they want, will the children usher in an era of bright beginnings or final mistakes?

CIXIN LIU is a prolific and popular science fiction writer in the People's Republic of China. Liu is a winner of the Hugo Award and a multiple winner of the Galaxy Award (the Chinese Hugo) and the Xing Yun Award (the Chinese Nebula). His novels include The Three-Body Problem, The Dark Forest, and Death's End. He lives with his family in Yangquan, Shanxi.

JOEL MARTINSEN is the translator of The Dark Forest by Cixin Liu and (with Alice Xin Liu) of The Problem With Me, a collection of essays by Han Han. His translations of short fiction have appeared in Pathlight, Chutzpah, and Words Without Borders. He lives in Beijing.
Jeremy [Six Strings]
Hosted by Jeremy [Retro] at 7:50 AM