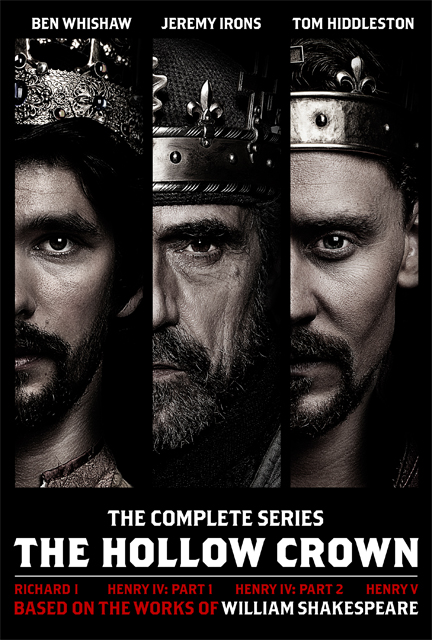 On iTunes, VOD, and DVD on August 27, 2013
From executive producer Sam Mendes comes four stunning adaptations of some of William Shakespeare’s most revered works. Featuring an all-star cast including Tom Hiddleston (The Avengers), Patrick Stewart (X-Men, Star Trek franchises), Jeremy Irons (Margin Call), Ben Whishaw (Cloud Atlas, Skyfall), and more, THE HOLLOW CROWN includes Richard II, Henry IV Parts One and Two, and Henry V. Filmed with both epic scope and intimate detail, the rise and fall of kings is brought to life like never before in these internationally acclaimed adaptations. 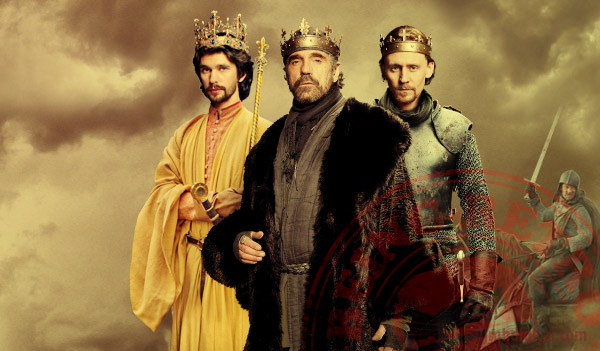 RICHARD II (Ben Whishaw, Skyfall), tells the classic story of murder and revenge that led to the fall of England’s royal house of Plantagenet. HENRY IV, PART 1 follows King Henry IV (Academy Award winner Jeremy Irons) and his son Prince Hal through war and competition for the throne, whereas HENRY IV, PART 2 follows the transfer of power from King Henry IV to his son Hal amidst a growing rebellion. And finally in HENRY V, the young King (Tom Hiddleston of The Avengers) must overcome incredible odds and his own self-doubt when he decides to invade France.

Yes, I know this came in this morning I have been trying to share it all day!

Bet this is going to be brilliant! Really want to see it.

I've never seen Patrick Stewart with so much hair. This is an exciting project Jeremy! Thanks for sharing.