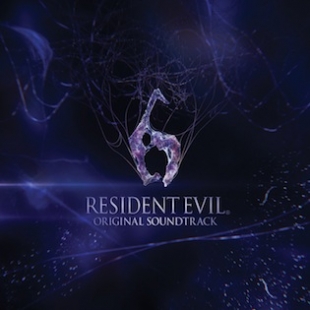 
Survival Horror Score Now Available As Digital Download Double Album
New York (July 30, 2013) - Sumthing Else Music Works, through its licensing relationship with Capcom, today announced that the official soundtrack for Resident Evil® 6 is now available for digital download from Amazon.com, iTunes, Sumthing.com and other digital music sites. The Resident Evil® 6 Original Soundtrack features over two and a half hours of original music from Capcom's latest entry in the ground-breaking survival horror video game series which has sold over 50 million units worldwide.

"Composing the main theme of Resident Evil 6 was a great honor for us, having been fans of the series for years," said composers Thomas Parisch and Laurent Zilani, who also orchestrated and supervised the orchestral score recording sessions for Resident Evil 6. "However, it was a challenge maintaining the franchise's tradition while creating something new for this latest release. Also, it was important to keep the music cohesive since it had to address very diverse dramatic situations throughout the gameplay. To keep that overall integrity, repeated thematic ideas were essential, and recording with a 90-piece orchestra brought key moments of the score to another level."

Blending action and survival horror, Resident Evil 6 features fan favorites Leon S. Kennedy and Chris Redfield who are joined by new characters, including Jake Muller, to face a new horror, the highly virulent C-virus as the narrative moves between North America, the war-torn Eastern European state of Edonia and the Chinese city of Lanshiang. Joining this cast is presidential aide Derek Simmons, who vows to track down Leon for his involvement in the President's death and femme fatale Ada Wong.

With three distinct yet interwoven story threads, each with their own pair of protagonists for either solo or co-op play both offline and online, Resident Evil 6 delivers several different perspectives and game-play styles, and with the introduction of the innovative Crossover mechanic, players are able to team up and share the horror. At key moments during the game, up to four players can join together online to tackle a specific situation with some stages seeing the usual partnerships swapped to further increase the depth of game-play.
Just Announced!
-Jeremy [Retro]
Hosted by Unknown at 12:00 AM