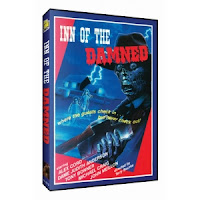 On a long, dust-covered road in the middle of nowhere, there is an old family-style inn where you are always welcomed warmly. The fire is always blazing, the food is always delicious, and the innkeepers always have sweet, comforting smiles that make you feel right at home. But there is a secret. A secret hidden within the walls of the inn that no one knows about. A secret that keeps weary travelers coming in each and every day...but never lets them leave the INN OF THE DAMNED.
Starring JUDITH ANDERSON, LIONEL LONG, ALEX CORD, and MICHAEL CRAIG. Original Music by BOB YOUNG. Cinematography by BRIAN PROBYN. Film Editing by ROD HAY. Production Design by GARY HANSEN. Produced by TERRY BOURKE and ROD HAY. Written & Directed by TERRY BOURKE. 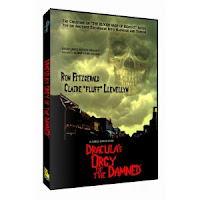 The creators of "The Bloody Rage of Bigfoot" invite you on another excursion into madness and terror.

Turned by Dracula into a vampire herself, she sets on a path of revenge, to send hom back to Hell, and to save her own soul.

Her journey takes  her across a wicked land, where reigns black magick, dark history, ghouls, werewolves, and devilry...  Where she finds the town of Crooked Hollow...  where no animals play, and no birds sing...

The very mouth of Hell itself! 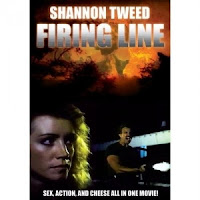 Mark Hardin (Reb Brown) is a Pentagon advisor working in a South American country. After witnessing the execution of a rebel leader without a trial, he discovers a covert group of American servicemen has been perpetrating the atrocities on the rebels. His questioning the actions of his fellow advisors brings him no answers but results in him getting tortured by his own men. Escaping from his captors, he is forced on the run with an innocent woman (Shannon Tweed) in tow. Mark and the woman team up with the very rebels he was brought in to help capture in order to fight back.

Cheezy Flicks
cheezyflicks.com
Now normally I enjoy this wonderful treasures of mystery, but this time... two, yes two were stinkers. Though there is a shining hope that I was having an off day, so I am going to watch once more and I will report my findings. Only if you care, if you don't then we are done! Cheezy Flicks has some of the best bad films out there and I am pleased to have them in the world.
-Jeremy [Retro]
Hosted by Unknown at 12:00 AM