THE WOLVERINE is Clawless! 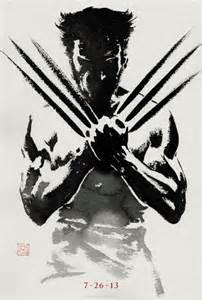 I have been reading a lot of praise lately for the new Wolverine movie referring to it as the Wolverine movie we have always wanted.  I got to tell ya, folks.  I completely disagree.  Many will argue that X-MEN ORIGINS: WOLVERINE was terrible while overlooking the many more faults the new WOLVERINE has.  Dare I say that ORIGINS is a better film than the new.  Maybe that is going a little too far.  Nah, screw it.  ORIGINS is a better film overall.  While ORIGINS did screw up a lot of Wolverine's back story it did at least have a story you could follow with a strong villain and characters like Wolverine and Sabertooth that had some chemistry together.  Liev Schreiber was fantastic.  THE WOLVERINE has none of that.    Be aware of possible spoilers ahead.


THE WOLVERINE begins in World War 2 with our title character being held captive in a Japanese P.O.W. camp.  Yashida, a Japanese officer is releasing all the prisoners knowing that an atomic bomb is about to be dropped on them.  Wolverine saves the officer from the bomb blast and all the radiation somehow.  Decades later the now old Yashida is dying and seeks Wolverine to give him a gift.  That gift, it turns out, is the ability to take away Wolverine's X-Factor and give it to someone else.  After rejecting that offer because its stupid, Wolverine gets tangled up in the family drama and ends up saving Mariko, the granddaughter of Yashida from a bunch of bad guys and ninjas and stuff.  Oh, and they manage to stop Wolverine from using his healing abilities so now he is vulnerable to bullets, sharp pointy objects and harsh language.  CLICK HERE TO CONTINUE READING...

I still haven't seen it, but I hear the same thing from others Jason. At least it's better than Origins.

Clawless - that is an excellent way to describe it. I was really disappointed by this film.