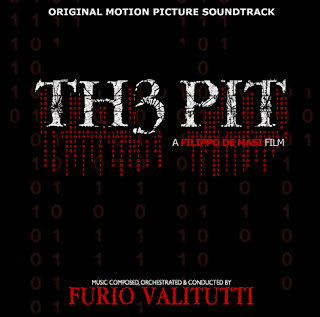 
Kronos proudly presents the soundtrack for FILIPPO De MASI's feature film directorial debut film TH3 PIT. The music is composed by FURIO VALITUTTI, a name to remember. You will hear a lot more from him in years to come. This CD is a must for lovers of beautiful, eerie music and horror film music. This exciting, scary release is strictly limited to 300 copies.

Okay this is a creepy dark findings that pays homage to scores like "Evil Dead" and piano soundscapes to a Dario Argento film, rolled up with a haunting choir. Some devilish backward themes that make you want to turn around in the dark and head for the light. So listen to the whispers that Furio Valitutti intends for us to hear... we will hear more from this composer as shares more of the talent within.
-Jeremy [Retro]