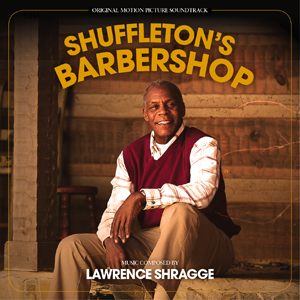 The splendid soundtrack features Emmy-nominated composer Lawrence Shragge’s beautiful original score – a wonderful piece of understated Americana – and a number of original country songs, some of which are performed by the cast. Shragge’s score, which resembles the sensitive drama scoring of Thomas Newman, shimmers with celestial layers of strings and slide guitar and guitar-based melodies. We would not be surprised if this score results in the composer’s third Emmy nomination!

Just released, did you all read below on the merger between MovieScore Media and Kronos Records? Well take a look, it's some wonderful news...
-Jeremy [Retro]