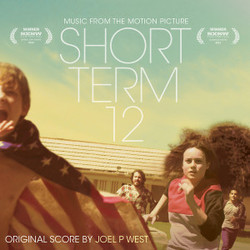 
Short Term 12 is a 2013 American independent drama film written and directed by Destin Daniel Cretton, based on his short film of the same title and starring Brie Larson, John Gallagher, Jr., and Kaitlyn Dever. The film premiered at the 2013 SXSW Film Festival, where it won both the Grand Jury Narrative Feature Award and the Narrative Audience Award. Critical response to the film has been overwhelmingly positive, calling it "a roller coaster of every emotion, managing to be both heartwarming and heartrending at once". The film will be released theatrically in the United States on August 23, 2013.

Short Term 12 is told through the eyes of Grace (Brie Larson), a twenty- something supervisor at a foster-care facility for at-risk teenagers. Passionate and tough, Grace is a formidable caretaker of the kids in her charge – and in love with her long-term boyfriend and co-worker, Mason (John Gallagher Jr.)

But Grace’s own difficult past – and the surprising future that suddenly presents itself – throw her into unforeseen confusion, made all the sharper with the arrival of a new intake at the facility – Jayden (Kaitlyn Dever), a gifted but troubled teenage girl with whom Grace has a charged connection.

She and Mason also struggle to help Marcus (Keith Stanfield) – an intense, quiet kid who is about to turn 18 – manage through the difficulty of having to leave the facility. Grace comes to find – in both her work and the new teenager in her care – surprising sources of redemption. And while the subject matter is complex and often dark, this lovingly realized film finds truth – and humor – in unexpected places.

Not heard of this film, the soundtrack is subtle and sways in a nice direction... how it will play within the film, I am very sure it will mesh accordingly. By itself it feels right on a empty sky sitting in the field, taking very deep breaths... Joel P. West the composer hangs in the distance sharing his music with us.
-Jeremy [Retro]
Hosted by Unknown at 12:03 PM