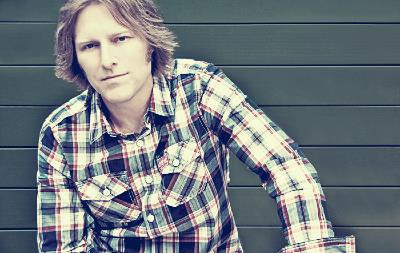 For ”Low Winter Sun” Bates matched the gritty themes with a gritty sonic palette to heighten the tension of the story. Bates wrote a large volume of music during production – essentially creating a music library that the show’s editors have worked with from the beginning of post-production.  This approach has been Bates’ modus operandi in effort to shape the feel and pacing of the series with its distinctive sound.

“Tyler is a creative force in the music industry and the perfect choice to provide the gritty, edgy score that ‘Low Winter Sun’ needed,” said Chris Mundy.  “I loved working with him on the main title theme and think he did a fantastic job on the whole series, echoing each character’s struggle musically.”


“With Detroit currently in a crisis state bordering an apocalypse, the show calls for a sound that blurs the lines between music and the hollow din of the scarcely populated Motor City,” commented Bates.

“When I first discussed the possibility of writing the title track for the show, Chris Mundy said that in an ideal world Bettye LaVette would be singing a song in a Detroit club for the opening credits. One thing led to the next and Chris asked me to write the title track. I thought it would be fitting if Chris wrote the lyrics for the song, given his deep affection and concern for the city. One week later we were in the studio with Bettye LaVette cutting ‘Hustlin’ In The Motor City.’”

“I am so thrilled to have been asked to sing this song representing my home town. It's been very hard to watch my city die before my eyes and I am so pleased that this show is set here. Perhaps it will help us to get back on our feet and on our way. Being on this television set was the most exciting thing that has happened to me since learning how to tap dance with Cab Calloway,” said LaVette.

Set in Detroit, “Low Winter Sun” is a contemporary story of murder, deception, revenge and corruption in a world where the line between cops and criminals is blurred.  This gritty, edgy and provocative crime drama begins with an act of retribution -- the murder of a dirty cop by two fellow Detroit detectives, Frank Agnew (Strong) and Joe Geddes (James). Seemingly the perfect crime, in reality the murder activates forces that will forever alter Agnew’s life, and pull him into the heart of the Detroit underworld.  The series is based on the 2006 award-winning British two-part mini-series of the same name written by Simon Donald and produced by Tiger Aspect Productions (an Endemol Company). In addition to Mundy, Jeremy Gold, Head of Creative Affairs for Endemol Studios, oversees the project with Greg Brenman, head of drama for Tiger Aspect. The project is represented by CAA.
Hosted by Unknown at 12:00 AM

Email ThisBlogThis!Share to TwitterShare to FacebookShare to Pinterest
Labels: AMC