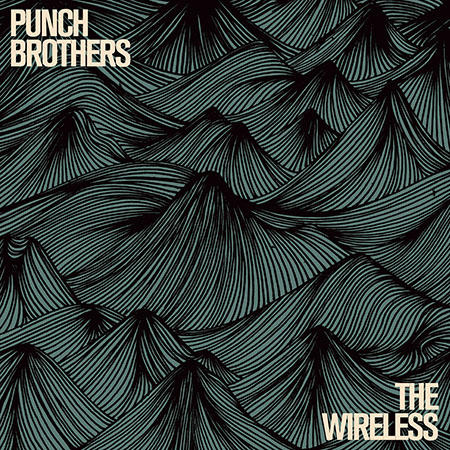 Punch Brothers’ five-song EP The Wireless is due from Nonesuch Records on November 20, 2015. The tracks were recorded during sessions for the band’s T Bone Burnett–produced album The Phosphorescent Blues, which was released earlier this year to critical acclaim, and four of the tracks were included on the vinyl edition of the album. The Chicago Tribune called the album “a typical genre-busting melange of avant-roots music that fuses jazz instrumental chops and acoustic earthiness, Beach Boys harmonies and Debussy string dances, slinky acoustic rock songs and blues laments.” The Wireless comprises four original compositions, including a song with words by Gabriel Kahane entitled “Sleek White Baby,”, plus a cover of Elliott Smith’s “Clementine.” “Pre-orders of The Wireless are available at iTunes, as well as at nonesuch.com, and punchbrothers.com, and include an instant download of “Sleek White Baby.” A behind-the-scenes video from that song’s recording, which features a cameo from the band’s friend actor/musician Ed Helms, can be seen here. Punch Brothers continue their US tour through December. A complete schedule and the track list for The Wireless are below.

After working with Burnett numerous times, Punch Brothers decided to join forces with the multiple Grammy Award–winning producer for their new record. In the summer of 2014, the band and Burnett spent a month at Hollywood’s Ocean Way Recording laying down the songs that guitarist Chris Eldridge, bassist Paul Kowert, banjo player Noam Pikelny, mandolinist and lead singer Chris Thile, and fiddler Gabe Witcher had written during several writing “retreats” the previous winter and spring. 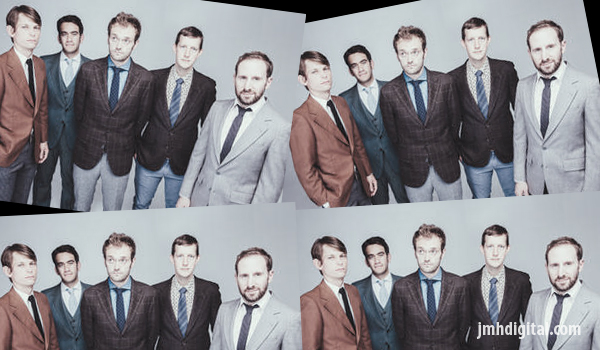 Thile explains one of the ways the music on The Phosphorescent Blues reflects the band’s view of modern life: “We often go to bars after shows or writing sessions, to be around other people for a little while. And I’d see people just like me on their phones, telling people they wish they were there, texting people who really are there. Then a song would come on that somebody likes and then they see that someone else does too and maybe they both sing it together and that moment is spiritual, some shared experience, and they are interacting in the flesh, with their fellow man. And that’s communion. Many of the songs on this record dive into that: how do we cultivate beautiful, three-dimensional experiences with our fellow man in this day and age?”

Shortly before the sessions began, Thile and Witcher met with Burnett and discovered the producer had the very same things on his mind. In fact, he’d just given a commencement address at the University of Southern California on the subject of technology and human interaction. Witcher remembers, “Thile and I looked at each and said, ‘This is unbelievable. It’s exactly what we are writing about.’ So this was a perfect, serendipitous union.”

Punch Brothers was formed in 2006 by Thile. Its first Nonesuch record, Punch, was released in 2008 and combined elements of the band’s many musical interests: indie rock, folk, jazz, bluegrass, classical, etc. In 2009 they began a residency at NYC’s Living Room, trying out new songs and ultimately spawning the Grammy-nominated Antifogmatic. In 2012 the band released Who’s Feeling Young Now? of which Rolling Stone said, “The acoustic framework dazzles—wild virtuosity used for more than just virtuosity.”