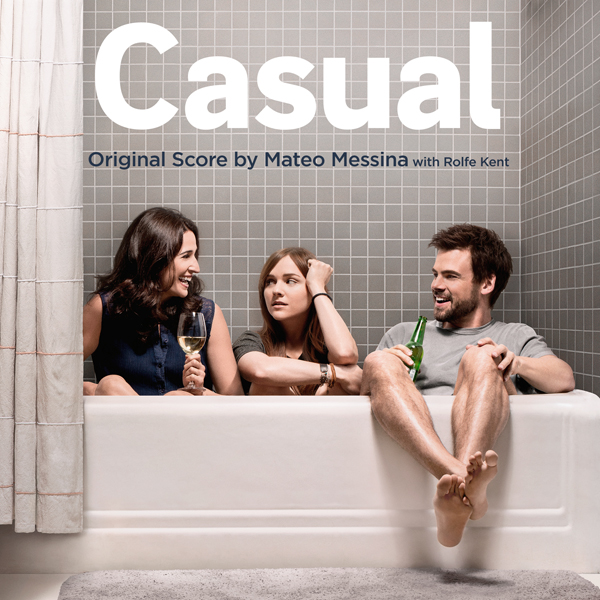 Lakeshore Records will release the score for CASUAL, Jason Reitman’s original Hulu series with Lionsgate TV, digitally on November 27, 2015, and on CD in early 2016. The album features original music by Mateo Messina (JUNO, THE ANGRIEST MAN IN BROOKLYN, BUTTER) with Rolfe Kent (LABOR DAY, UP IN THE AIR).

“This is such a unique series to score as it feels more like writing an emotion and seeing how it lives under a scene,” said Messina. “It has felt quite different than scoring scenes like we normally do in Hollywood.  This series is driven more by digging inside of the characters than it is about anything that is happening on the surface.”

From the Academy Award®-Nominated Director of UP IN THE AIR and JUNO comes CASUAL, a new comedy series about a bachelor brother and his newly divorced sister living under one roof again. Together, they coach each other through the crazy world of dating while raising her teenage daughter. Created by Zander Lehmann, CASUAL is executive produced by Jason Reitman, Zander Lehmann, Helen Estabrook, and Liz Tigelaar.

“Mateo and I found a superb mesh between our two approaches, and found ourselves creating music that blends easily with each other and the nature of the show,” said Kent.  “Jason asked for an unusual, stripped down kind of sound, so this was a great chance to play with eccentric sounds, detuned trumpets, a broken banjo, and off-kilter grooves to go with the off-kilter lives unfolding on screen.”

“The most unique thing about this score is I asked, requested/demanded nobody tune their instruments before we started recording,” described Messina. “We mic’d everyone so close you can hear the bow of the cello sliding across the coils of the strings, you can hear a thumbnail on a mandolin, you can even occasionally hear the breaths of the players.  It’s all very subtle and very human.  I wanted this score to sound as human as these characters feel in the series.” 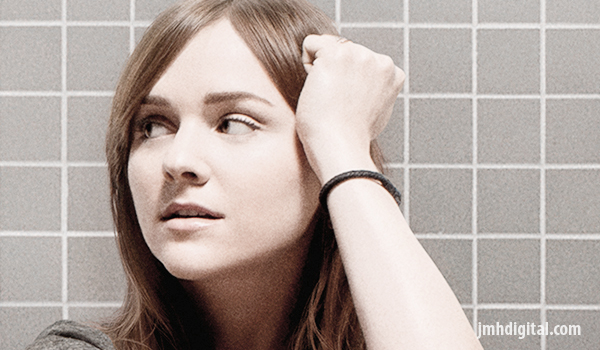 Unexpected texture and sounds, and a signature musical personality, are the hallmarks of the work of English-born film composer Rolfe Kent, who has scored over 50 films, including the Oscar®-nominated UP IN THE AIR (for which was nominated for a Satellite award) and SIDEWAYS (for which he was nominated for Golden Globe and Critics’ Choice Movie Awards); and ABOUT SCHMIDT, ELECTION, MEAN GIRLS, LEGALLY BLONDE, WEDDING CRASHERS, GHOSTS OF GIRLFRIENDS PAST, and NURSE BETTY. Kent also composed the Emmy-nominated main title theme for the Showtime hit series DEXTER. In 2012, he received the BMI Awards’ Richard Kirk Award for Career Achievement.

“Once again a pleasure to work with Jason, one of the most creative and inspiring minds in the industry. It’s great, because I never know what he is going to ask for, so it’s always a new challenge,” Kent described.

“As far as director’s go, Jason is the most musical I know,” Messina agreed.  “In my experience working with him, he values giving the viewer a place to feel as opposed to directly playing a scene.  This approach lends a lot of freedom, yet is equally terrifying as a composer.  On one hand you have this wide-open space to lay down a feeling that lives as another element in the viewers experience.  On the other hand you very quietly and subtly follow the emotions of these characters and help move that across.”

Hulu and Lionsgate TV present CASUAL which premiered on Hulu on October 7th and has already been picked up for a second season.  The CASUAL – Original Score Recording will be available digitally on November 27th and on CD in early 2016.


Heck I dig the composers, didn't know this show even existed... lol
Jeremy [The Wolf]
Hosted by Jeremy [Retro] at 6:48 PM