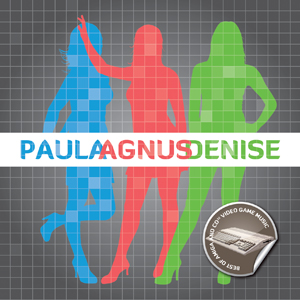 
Music From APIDYA, SHADOW OF THE BEAST, SPEEDBALL 2, TURRICAN 2

Featuring a mix of electronic music styles ranging from acoustic to hip-hop and rock to trance, "Paula Agnus Denise" is scheduled for a worldwide CD release on May 6th 2013 to retail outlets, and for digital download at Amazon MP3, iTunes and other digital music sites.

Email ThisBlogThis!Share to TwitterShare to FacebookShare to Pinterest
Labels: 010101 MUSIC