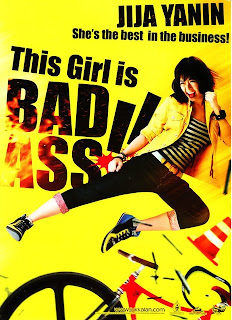 THIS GIRL IS BADASS


Witness jaw-dropping fight sequences from Chocolate’s kick-ass Jeeja Yanin, who also stars in the sequel to the martial arts hit, The Protector. In This Girl is Badass, Jeeja takes her skills to the next level as a bike messenger who is hired by competing mob bosses to smuggle goods. Caught in the middle and given an ultimatum, the only way out is a confrontation erupting into a battle of bullets, face.