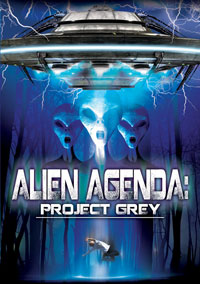 
It’s fear that they seek! Dr. Schroder listens to her criminally insane patient as he recounts the story of the murder of his four friends. A story of infidelity, jealousy and revenge takes a strange turn revealing an Alien Agenda. Chip implants, government mind control, Russian military and Alien visitors form the puzzle pieces of this science fiction thriller. A search for the answers leads to the mind bending truth…It’s our fear that they seek. The Aliens are HERE and they show no mercy toward mankind, only disgust for what the human race has become. 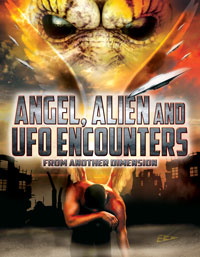 Angel, Alien and UFO Encounters from Another Dimension


The universe is so complex that even the greatest scientific minds on earth ultimately acknowledge that we do not understand the forces and true nature of the cosmos, let alone our place within it. Now for the first time, the un-seeable and unbelievable has been caught on video by multiple individuals who have not only captured mind bending video of Entities, UFOs and Angels, but have been profoundly affected by their experiences. Confronted by the unknown, they all share a deep and unwavering need to know and understand the phenomenon they are experiencing. These individuals did not seek recognition or compensation, they are driven by the questions: “Who are we? What is real?” The sky is alive and has been for millennia with non-human activity, much of which is not visible to the naked eye. See concrete evidence with real video from beyond human perception and discover a realm of fallen angels and otherworldly visitors in a universe that is beyond our comprehension. Dare to ask yourself, what is our place in the cosmos?


Reality Is What You Make It
www.reality-entertainment.com

Two different films, one general idea... run and hide!
-Jeremy [Retro-Z]
Hosted by Unknown at 12:00 AM