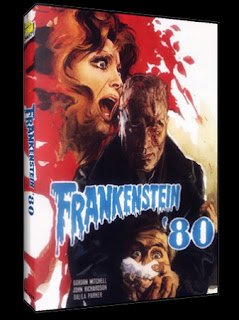 
He had a bone to pick...In a laboratory a mad modern-day monster-maker who pretends to be a legitimate scientist by day creates a monster that he calls MOSAICO. One night MOSAICO, a bald and ugly looking man breaks out of the laboratory to hunt down and kill beautiful women. MOSAICO seems to have other things on his mind as he knocks off prostitutes every chance he gets. Whether it be by beating one with a human leg bone or smashing their heads into walls. MOSAICO makes a nuisance of himself and has to be taken out in the end when he attacks the scientist's daughter while taking things to far.


I watched this some time ago and it was almost out of my head, then getting to watch it again... yikes! My memories are scar'd again...
-Jeremy [Retro-Z]