The House on Pine Street: TRAILER and Movie Premier! 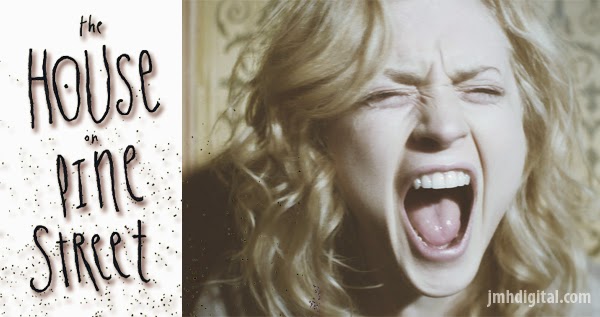 World Premiere will be on Saturday February 28th at 10PM at CINEQUEST in San Jose, CA where our film has been called a "chilling genre-bender" and an "unnerving psychological twist on the 'haunted house'" The premiere will immediately be followed by 2 subsequent screenings at Cinequest, as well as the Fargo Film Festival in North Dakota, among others (the rest we unfortunately can't reveal until the festivals officially reveal their schedules).

Seven months pregnant, Jennifer Branagan (Emily Goss) reluctantly returns to her hometown in Kansas after an unexpected mental breakdown. Coping with her fears of motherhood, a strained relationship with her husband Luke (Taylor Bottles), and the overbearing presence of her own mother, Meredith (Cathy Barnett). Jennifer struggles to regain control of her life. But when strange things start happening in their new rental home, Jennifer begins to fear that it may be haunted. Along in her convictions, Jennifer is forced to question her sanity as she attempts to find out what, if anything, is plaguing the house.

"The House on Pine Street" is a truly independent production. The project was initially funded through a successful Kickstarter campaign. Filming took place over 19 days in the spring of 2014 with a skeleton crew consisting of recent USC School of Cinematic Arts grads and University of Kansas grads. This production was a complete DIY experience with the cast and crew living together in the "haunted" house during filming (at times, believing the house was haunted themselves). In addition, each department basically consisted of one person (our DP was our gaffer, our PD was our costumer, etc.). From conception to our premiere on February 28th, the film will have taken only a year and a half to complete.


The House on Pine Street, it begs the question are we truly alone in our house or is there something waiting... waiting... waiting? Please have a look at the new trailer and information on this thriller "The House on Pine Street", I found it to be entertaining... makes me want to see it! Good Luck to the cast, crew and all involved... I wish I would have gotten in early and got myself a cool film T-shirt!
Jeremy [Howlin' Wolf]