Nonesuch Records releases The Staves’ Justin Vernon–produced label debut, If I Was, on March 31, 2015 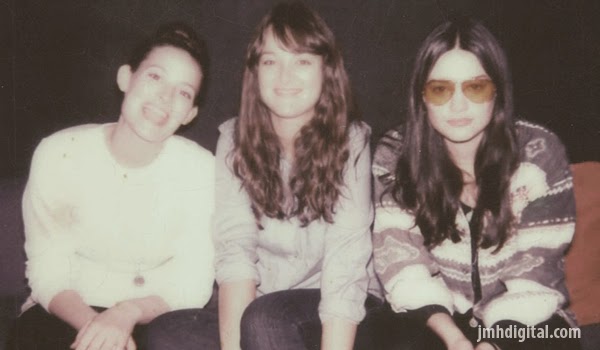 Nonesuch Records releases The Staves’ Justin Vernon–produced label debut, If I Was, on March 31, 2015, with vinyl to follow on April 21. The Staves, originally from Watford, England, are three sisters: Emily (vocals), Jessica (vocals, guitar), and Camilla (vocals, ukulele) Staveley-Taylor. The album was recorded in Eau Claire, Wisconsin at Vernon’s April Base studios—a former veterinary clinic where he also recorded his 2012 self-titled Bon Iver album. Watch a short film about the making of the album here. If I Was is available to pre-order on iTunes and at nonesuch.com, with an instant download of the album tracks “Blood I Bled” and “Black & White” (complete track list on next page). Plans for a North American tour will be announced shortly.

The Staves released their first full-length album—2012’s Glyn and Ethan Johns-produced Dead & Born & Grown—to critical acclaim. The Sunday Times called it “a debut of stellar beauty and hidden depths,” while the Telegraph, in its four-star review, noted that the “graceful melodies reveal a supple strength and modernity.” The trio has since spent much of the past three years touring the world, including opening spots with the Civil Wars, Mumford & Sons, and Bon Iver.

It was during the Bon Iver dates that the sisters formed a bond with Vernon and his band, and were invited to visit April Base’s relaxed, idyllic setting. “There was no plan to make a record there, or even demo anything; it was initially just to hang out and play some music with Justin,” notes Jessica. “There was no pressure at all, we didn't even tell our label we were going.” But by the end of the sisters’ first visit to Wisconsin, it was evident that something significant was happening.

“We made demos of about 10 songs and then asked ourselves, ‘Aren’t we actually just making a record?’” says Emily, adding that Vernon seemed equally unsure whether he was in fact producing The Staves’ second album or not. “We hadn’t created anything new in so long,” adds Camilla. “We were really itching to take a break and to let out all this stuff that we hadn’t had a chance to express. Fortunately we found a place to do just that in Justin’s studio. It was the most liberating experience.”

Vernon recalls that the Staves “immediately were able to make their wings wide in the space. Their musical and vocal and songwriting abilities were very poised for something like this. It’s the way a record about deep things needs to happen: over a period of time, in a singular place, with enough time to reflect on themselves and express. I’ve made a lot of records now in my life and I have to say, making this one with them altered and changed me. Watching them go through that process and being more of a cultivator or sounding board gave me a unique perspective on a band crystallizing to true form.” 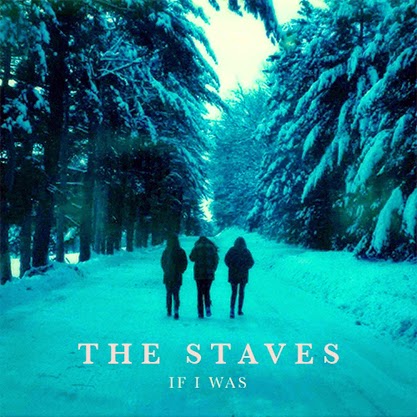 In their new songs, The Staves examine their seemingly endless touring by imagining what they have left behind rather than writing about endless highways, hotel rooms, and what they see in front of them. “The amount of time we’ve spent away from home has affected all our relationships,” states Emily. “And I don’t just mean boyfriends, but relationships with family and close friends and wider groups of mates, who you just have to get used to never seeing. It can be difficult. Writing about it all is necessary therapy in making sense of quite an unconventional life.”

Simply Stunning, I would very much so recommend you give this one a solid listening too!
Jeremy [Howlin' Wolf]