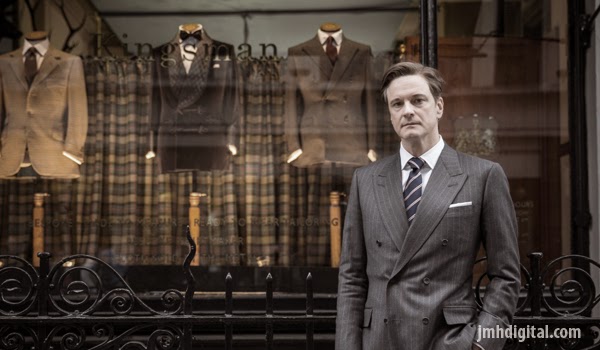 “I am now happy to count four films I have collaborated on with Matthew Vaughn,” said Jackman.  “Matthew is a true artist, and will stop at nothing to see his singular vision through at every stage of the filmmaking process. This makes scoring his films a true please, albeit sometimes a challenging one. You are confident at the end of that day that the hard work bears the signature of it creative leader, without compromise, and without fail.”

“Considering this is my second collaboration with Henry on a Matthew Vaughn production, one might think the process had become streamlined and second nature. I assure you this is not the case,” jests Margeson. “With every new weapon introduced, test given by Merlin, or head that explodes, Vaughn has challenged us to constantly up the ante - pumping more adrenaline and injecting more excitement into the music at every given opportunity.”

Henry Jackman has built a successful career in the recording industry, not only releasing 3 acclaimed solo albums, but also co-writing, mixing, producing, and programming with a host of outstanding artists including Seal and Art of Noise. He co-wrote songs for the films THE FAMILY MAN and ANASTASIA.  In 2006, Jackman's accomplishments garnered the attention of Hans Zimmer and John Powell, who soon hired him to compose additional music on such films as THE DARK KNIGHT, THE DA VINCI CODE, KUNG FU PANDA and the PIRATES OF THE CARIBBEAN franchise. Jackman's first major solo scoring gig was Monsters and Aliens in 2009, a family movie with a heavy action score. Jackman's recent film scores span across a wide range of genres, from action films to period dramas to family films, including: CAPTAIN PHILLIPS, X-MEN: FIRST CLASS, HENRI 4, WRECK-IT RALPH, PUSS IN BOOTS, KICK-ASS, TURBO, THIS IS THE END, G.I. JOE: RETALIATION, ABRAHAM LINCOLN: VAMPIRE HUNTER, MAN ON A LEDGE, WINNIE THE POOH, GULLIVER’S TRAVELS and MONSTERS VS. ALIENS.

Matthew Margeson attended Berklee College of Music in Boston, where he studied film music and honed his skills as a pianist. In 2003 he was invited to start an apprenticeship at Hans Zimmer’s Remote Control Productions. While at Remote Control, Margeson developed his composition style collaborating on feature films such as: PIRATES OF THE CARIBBEAN: ON STRANGER TIDES, X-MEN: FIRST CLASS, and CAPTAIN AMERICA: THE WINTER SOLDIER among many others. In 2010, Margeson completed his first studio feature, SKYLINE, for Universal Studios, which was nominated for the BSOSPIRIT Revelation Composer Award at the Úbeda Film Music Festival. He has also composed the music for multiple TV shows and video games, including HBO’s EASTBOUND AND DOWN, and Sony Playstation’s ALL-STAR BATTLE ROYALE and KNACK. Most recently, Margeson provided the underscore arrangements for Disney’s acclaimed INTO THE WOODS.  Margeson upcoming films include Paramount’s SCOUTS VS. ZOMBIES.

Based upon the acclaimed comic book and directed by Matthew Vaughn (KICK ASS, X-MEN: FIRST CLASS), KINGSMAN: THE SECRET SERVICE tells a story of a super-secret spy organization that recruits an unrefined, but promising street kid into the agency’s ultra-competitive training program just as a global threat emerges from a twisted tech genius. 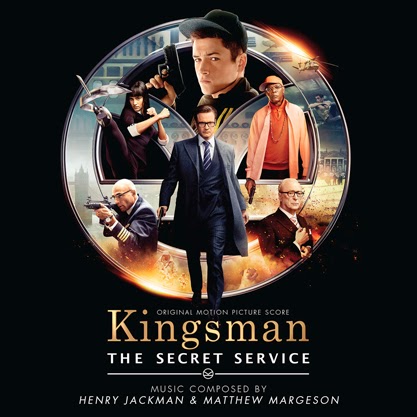 It's a that secret service that is recruiting and the score from Henry Jackman and Matthew Margeson pulls out the punches and brings what you might expect!
Jeremy [Howlin' Wolf]
Hosted by Jeremy [Retro] at 7:15 AM