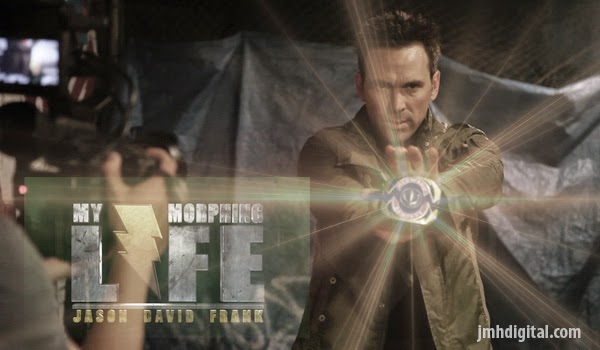 A Power Ranger for over 20 years, Frank has truly embodied his role as the celebrated and heroic Green Ranger. “MY MORPHING LIFE” follows Frank through his daily adrenaline-fueled antics to give fans a thrilling look inside his base-jumping, high-flying, ass-kicking life as he breaks world records, greets fans, raises his daughter and tackles death-defying stunts.


Given the success of the series’ first season (originally titled “My Morphin Life”) on YouTube, Frank has become a new media star in his own right, engaging his loyal fans with regular video vlogs and messaging across YouTube, Facebook, Twitter and Instagram. With support from Saban Brands, home to the Power Rangers franchise, Season One has generated over 1.5 million views to date. Directed, produced and often times shot by Frank himself, the newly created, action-packed second season will bring 11 new short-form episodes to CONtv.

“I can't wait to show fans how much we upped the ante with more explosive action, storyline and thrills for CONtv,” said Frank. “It’s been awesome seeing how engaged our audience has been already and we are excited to keep it going for our fans!”

“Jason has proven himself incredibly adept at social media and has developed a remarkable, sustained relationship with his fans. Meanwhile, after all this time, The Power Rangers continue to resonate with audiences,” said Bill Sondheim, President of Cinedigm Entertainment. “‘MY MORPHING LIFE’ promises to bring original action to the network by following the famous Green Ranger through some truly spellbinding, real-life feats.”

“Jason David Frank is a staple at the Wizard World events due to his amazing touchpoint with the fans,” says John Macaluso, CEO of Wizard World. “By bringing him to CONtv, we can bring even more Power Rangers fans from around the globe to witness Jason’s incredible life outside of the shows.”

As a digital network, CONtv is demonstrating its ongoing interest in collaborating with new media talent and champion shorter format digital web content alongside its more traditional film and television offerings.

As a network for and by fans, CONtv will continue to partner with engaging talent to incite interactive fan experiences, much like those that are garnered through attending pop culture conventions.

Upon its launch in February 2015, the digital service will be offered as a free ad-supported platform as well as a low-cost monthly subscription of $6.99/month with content exclusives, audience rewards, a dynamic second-screen experience, and ticketing bundle opportunities for Wizard World conventions. The network recently announced an expansive portfolio of acquired film and television content available on the new service including a deep catalogue of the best in pop culture obsession from pulse-pounding horror, to short-lived TV series, to cult classic films. CONtv plans to launch across a wide spectrum of devices including Roku, Apple TV, Xbox, PlayStation, Android, Samsung Smart TV, Windows, Mac OS, mobile, and tablet devices.

Email ThisBlogThis!Share to TwitterShare to FacebookShare to Pinterest
Labels: ConTv