La-La Land Records: THE INTERVIEW/THIS IS THE END [2015] - Henry Jackman 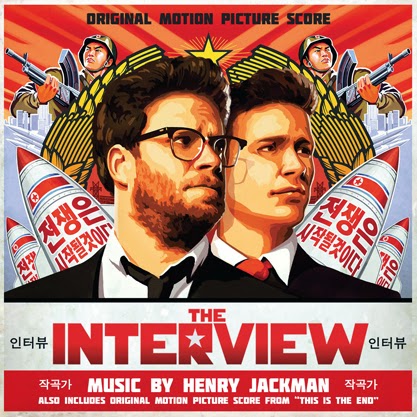 La-La Land Records is proud to announce the CD release of THE INTERVIEW – Original Motion Picture Score, with a special bonus of the score from THIS IS THE END, on CD on February 10, 2015.  The album features the original score by composer Henry Jackman (KINGSMAN: THE SECRET SERVICE, BIG HERO 6, CAPTAIN AMERICA: THE WINTER SOLDER).


“It is always a great pleasure to work with Seth Rogen and Evan Goldberg,” said Jackman.  “Seth and Evan are not only hilariously funny, but are also extremely clever, and happen to be two directors who knew exactly what they wanted musically for each film we did.”

Henry Jackman has built a successful career in the recording industry, not only releasing 3 acclaimed solo albums, but also co-writing, mixing, producing, and programming with a host of outstanding artists including Seal and Art of Noise.  He co-wrote the songs for the films THE FAMILY MAN and ANASTASIA.

In 2006, Jackman garnered the attention of Hans Zimmer and John Powell, who soon hired him to compose additional music on such films as THE DARK KNIGHT, THE DA VINCI CODE, KUNG FU PANDA and the PIRATES OF THE CARIBBEAN franchise. Jackman's first major solo scoring gig was Monsters and Aliens in 2009, a family movie with a heavy action score. Jackman's recent film scores span across a wide range of genres, from action films to period dramas to family films, including: CAPTAIN PHILLIPS, X-MEN: FIRST CLASS, HENRI 4, WRECK-IT RALPH, PUSS IN BOOTS, KICK-ASS, TURBO, THIS IS THE END, G.I. JOE: RETALIATION, ABRAHAM LINCOLN: VAMPIRE HUNTER, MAN ON A LEDGE, WINNIE THE POOH, GULLIVER’S TRAVELS and MONSTERS VS. ALIENS. 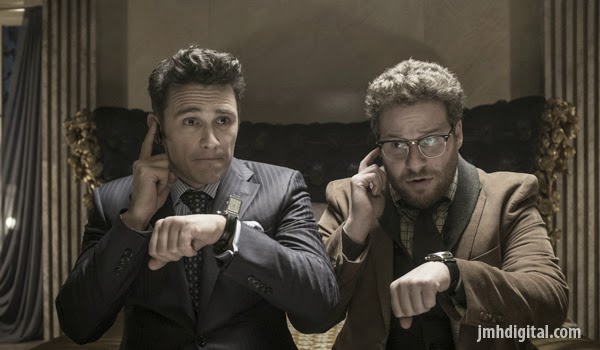 In the action-comedy THE INTERVIEW, Dave Skylark (James Franco) and his producer Aaron Rapoport (Seth Rogen) run the popular celebrity tabloid TV show "Skylark Tonight." When they discover that North Korean dictator Kim Jong-un is a fan of the show, they land an interview with him in an attempt to legitimize themselves as journalists. As Dave and Aaron prepare to travel to Pyongyang, their plans change when the CIA recruits them, perhaps the two least-qualified men imaginable, to assassinate Kim Jong-un. 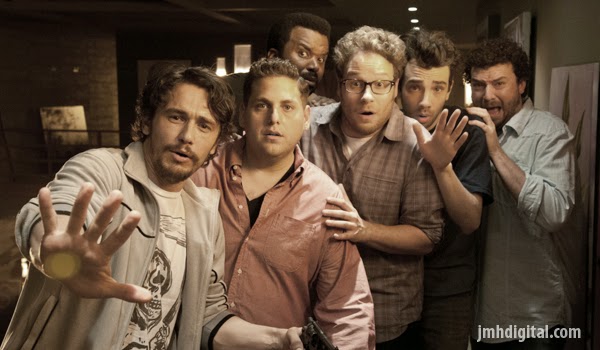 As a special bonus, this album release features the original score for the blockbuster hit comedy THIS IS THE END.  Six friends are trapped in a house after a series of strange and catastrophic events devastate Los Angeles, as the world unravels outside, dwindling supplies and cabin fever threaten to tear apart the friendships inside. Eventually, they are forced to leave the house, facing their fate and the true meaning of friendship and redemption.

“We had a lot of fun creating the music for both of these films, and I loved the energy in the room during our playbacks,” said Jackman.  “I am grateful to the filmmakers for giving me the opportunity to create some surprising and exciting music for their films.”

Columba Pictures presents THE INTERVIEW currently available digitally and available on Blu-Ray/DVD February 17, 2015. La-La Land Records present THE INTERVIEW – Original Motion Picture Score available on CD February 10, 2015 at www.lalalandrecords.com and other soundtrack retailers. It is a limited edition of 5000 Units.