Gentle Giant’s iconic album, OCTOPUS has been remixed by Steven Wilson and will be released on October 27, 2015 in both BLU-RAY/CD and CD formats. 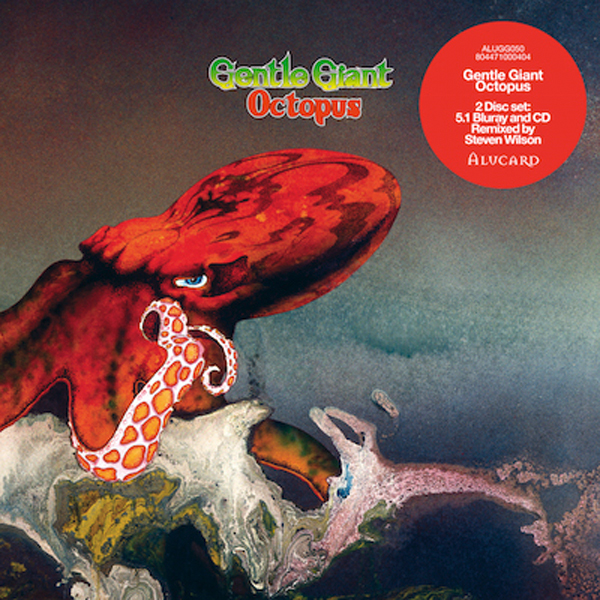 The album has been tastefully remixed by Steven Wilson who also remixed Gentle Giant's 'The Power & The Glory' in 2014. Also included is a bonus of Steven’s mix of live 15-minute concert performances of "Excerpts from Octopus"  from the band's 1976 tour.

New sketches by Roger Dean (who produced the original UK album cover) will be included in the new packaging as well as artwork from the USA album (an octopus in a jar created by Charles White).

The Blu-ray’s remixed album and added 15 minutes of live excerpts will be in 96/24 PCM, DTS 5.1 Surround Sound Master Audio.  The Blu-ray also includes instrumental mixes of 5 of the original 8 tracks from this album. Also included is the flat transfer of the original mix of the album.

The OCTOPUS releases will be through Caroline-UMG in North America, and on Soulfood in the rest of the world on October 27.