THE MOST TERRIFYING SOUNDTRACK YOU WILL EVER EXPERIENCE
Is coming from La-La Land Records this April! 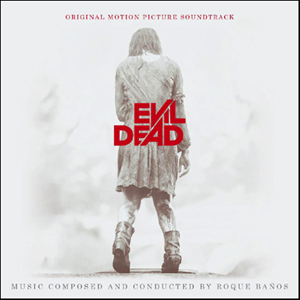 The EVIL DEAD soundtrack will be available for DIGITAL DOWNLOAD at iTunes and other digital music retailers on APRIL 9th.

Also on APRIL 9th, the DELUXE CD EDITION of the soundtrack, featuring more than 25 minutes of additional music NOT present on the digital download release, will be available to order from www.lalalandrecords.com and other online soundtrack boutiques.

This CD will become available at Amazon and other major online retailers MAY 7th.

ABOUT THE FILM:
In the much anticipated remake of the 1981 cult-hit horror film, five twenty-something friends become holed up in a remote cabin. When they discover a Book of the Dead, they unwittingly summon up dormant demons living in the nearby woods, which possess the youngsters in succession until only one is left intact to fight for survival. EVIL DEAD the movie opens in theaters April 5, 2013.

This movie looks twisted. The music must be amazing!