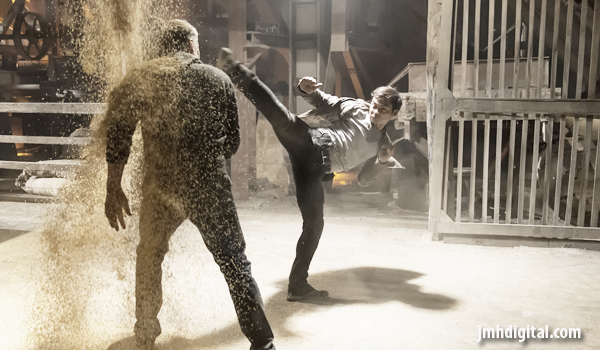 Detective Nick Cassidy (Dolph Lundgren) heads to Bangkok to hunt down Viktor Dragovic (Ron Perlman) and destroy his human trafficking network; Nick killed Dragovic's son in a shootout during a sting operation on the New Jersey docks, and Dragovic responded by attempting to kill Nick and his family. Nick miraculously survived the brutal attack that destroyed his family; with nothing but vengeance to live for, Nick smashes his way through the Bangkok underworld in search of the elusive Dragovic. Meanwhile, FBI Agent Eddie Reed (Michael Jai White) is sent in to bring Nick home even as Thai detective Tony Vitayakui (Tony Jaa) questions the motives and methods that have brought Nick across the globe to Thailand. As the crossfire between all sides grows more and more deadly, Nick has to determine who his true allies are. 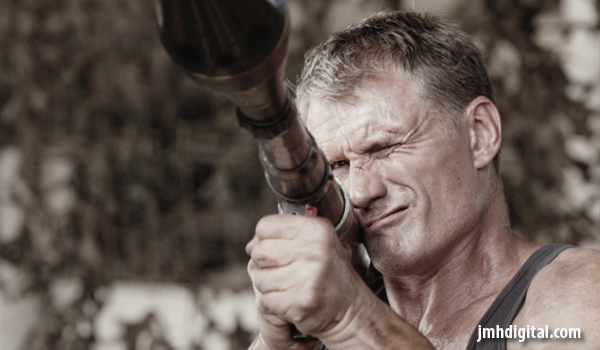 DOLPH LUNDGREN - Nick
Hans Dolph Lundgren was born and raised in an academic middle-class family in Stockholm, Sweden.  Despite an early interest in playing the drums and clowning around in high school comedies, Dolph decided to follow in his father’s and older brother’s cerebral footsteps and pursue an engineering degree.  After having completed his military service in the Swedish Marine Corps, Dolph enrolled in the Royal Institute of Technology in Stockholm, studying the same subject as his older brother: Chemical Engineering.  He attended both Washington State University and Clemson University in South Carolina, studying Chemistry on various scholarships.  He graduated from The Royal Institute of Technology in Stockholm, completing his Master’s Degree in Chemical Engineering on an exchange program with the University of Sydney in Australia.  Graduating at the head of his class, Dolph was awarded a Fulbright scholarship to the prestigious Massachusetts Institute of Technology in Boston, one of the world’s top engineering schools. 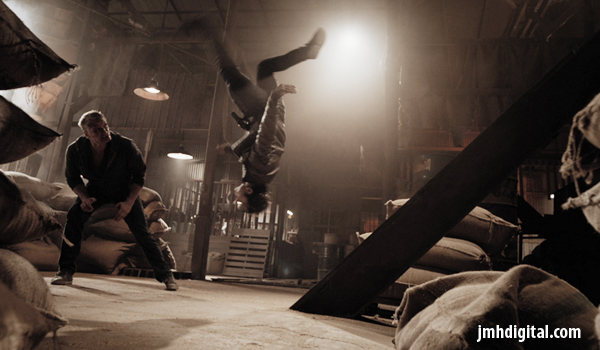 TONY JAA – Tony Vitayakul
Best known for the ONG BAK franchise, Tony Jaa is considered a national treasure of Thailand.  Until recently Tony has remained under contract in Thailand and was unable to pursue opportunities outside of Thailand.  This has led to him to passing on leads in movies such as RUSH HOUR 2.  However with the expiration of the contract Tony starred in three international films during 2014, THE FAST AND FURIOUS 7, SKIN TRADE and the Chinese language film SPL2 (SPL made more than 100 mil in China alone!)

RON PERLMAN – Viktor
An award winning actor, Ron Perlman has moved seamlessly between the worlds of film, television, and theater for four decades. Having received his Master of Fine Arts Degree from the University of Minnesota, he returned to his native New York City to begin his professional career. His first years kept him exclusively in the theater, delving into the works of Beckett, Pinter, Ibsen, Marlow Chekhov and Shakespeare.

MICHAEL JAI WHITE – Reed
Michael Jai White first garnered audience and critical attention with his portrayal of controversial boxing giant Mike Tyson in the HBO special, Tyson.  With more than two decades of experience as a martial artist, he holds a black belt in six Karate styles and over 26 titles, including U.S. Open, North American Open, and New England Grand Champion.  His well-honed skills have been employed to choreograph complex stunts in films such as On Deadly Ground.

PETER WELLER – Costello
Peter Weller, noted member of the world’s film community, was most recently seen as “Admiral Alexander Marcus” in J.J. Abrams’ superb STAR TREK INTO DARKNESS.  He and wife, Sheri have a two-year-old son, Theodore Mark Gerald Francesco Weller - 5 names-one kid.  In addition, Weller’s adult daughter, Kate Linden, is a noted film talent manager in Los Angeles.
What a cast, KICKS ASS! Can I also share the soundtrack/score with you, from MovieScore Media... [CLICK HERE]
Jeremy [The Wolf]