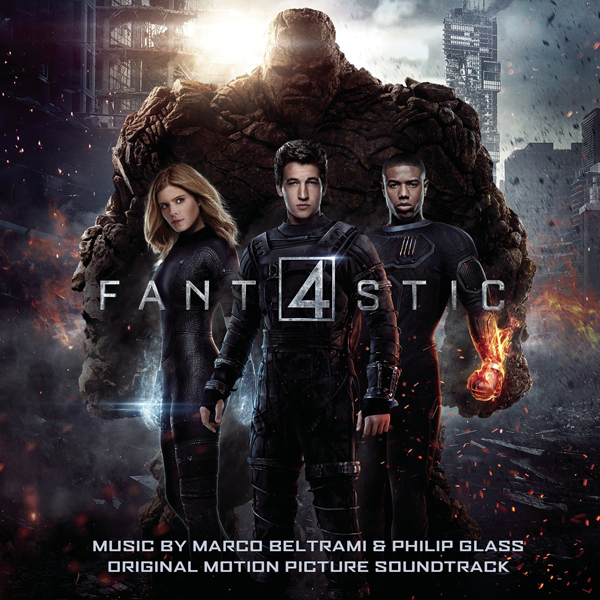 Sony Music announces the release of THE FANTASTIC FOUR (Original Motion Picture Soundtrack) featuring the music of Marco Beltrami and Philip Glass. The soundtrack will be released digitally on July 31 and on CD on August 14.

From acclaimed director Josh Trank (“Chronicle”), and screenwriters Jeremy Slater and Simon Kinberg (“X-Men: First Class,” X-Men; Days of Future Past”, “Sherlock Holmes”), FANTASTIC FOUR is a contemporary re-imagining of Marvel's first, and longest-running superhero team. Based on the Marvel comic written by Stan Lee and Jack Kirby, the film follows four young outsiders who teleport to an alternate and dangerous universe that alters their physical form in shocking ways. Their lives irrevocably upended, the team must learn to harness their daunting new abilities and work together to save Earth from a former friend turned enemy. The film stars Miles Teller as Reed Richards, Kate Mara as Susan Storm, Michael B. Jordan as Johnny Storm, Jamie Bell as Ben Grimm, and Toby Kebbell as Victor von Doom. 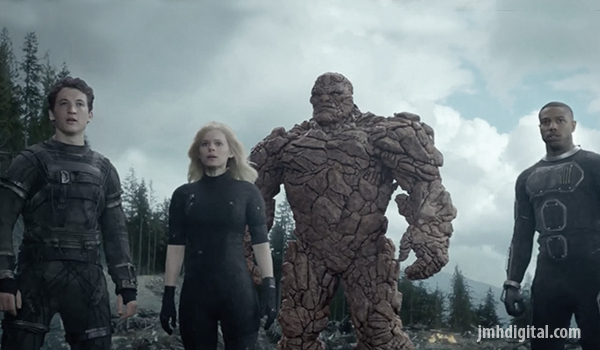 Marco Beltrami: Beltrami is best known for finding a unique approach to scoring in each of his films. For the film “Scream”, he threw away conventional horror music clichés and instead called upon his concert music roots to explore a new sonic landscape. For “The Homesman” Beltrami constructed his own instruments that would meld the archaic and new. The creations were as tiny as a refitted lap steel guitar to giant, cross-ranch cables that could pick up wind and translate it into a haunting glow. Subsequently, his resume has expanded to include films ranging from epic drama to dark comedy. Beltrami has been nominated twice for Academy Awards for Best Score (“3:10 to Yuma” (2007) and “The Hurt Locker” (2008)).

Philip Glass: In the past 25 years, Glass has composed more than twenty eight operas, ten symphonies, as well as concertos for piano, violin, cello, timpani, saxophone quartet and orchestra, and a growing body of work for solo piano and organ and numerous soundtracks to films. By simultaneously winning a wide, multi-generational audience in the opera house, the concert hall, the dance world, in film and in popular music, Glass has had an extraordinary impact upon the musical and intellectual life of his times. Three of Glass's previous film scores have been nominated for Academy Awards: “Kundun” (1997), “The Hours” (2002) and “Notes On A Scandal” (2006). In 1999, he won the Golden Globe for his soundtrack to “The Truman Show”.

Some serious talent behind the music which is amazing in the trailers. Here's hoping it works out.