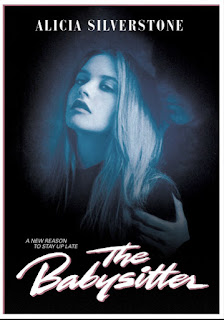 THE BABYSITTER [1995]: Alicia Silverstone, winner of the National Board of Review’s Best Breakthrough Performer Award for her performance in Clueless, is Jennifer, the object of lust and desire in THE BABYSITTER.  Harry and Dolly Tucker (J.T. Walsh and Lee Carlington), out for an evening at a party hosted by Bill and Bernice Holston (George Segal and Lois Chiles), hire high school student Jennifer (Silverstone) to babysit their two children. Jennifer will find herself the recipient of unwanted advances from her estranged boyfriend Jack (Jeremy London), a manipulative and threatening acquaintance, Mark (Nicky Katt) and -- in the case of a very drunken Harry -- the object of erotic fantasies. What begins as a quiet evening of babysitting escalates into a series of emotional confrontations, physical altercations and a life-shattering event in the tension-filled The Babysitter. 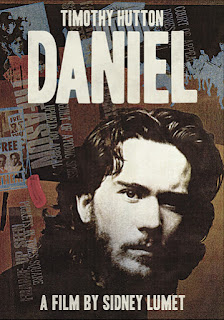 DANIEL [1983]: Academy Award-winner Timothy Hutton (Best Supporting Actor, Ordinary People) stars as the title character in Sidney Lumet’s (the 2005 Honorary Academy Award-winner) dramatic tale Daniel, based on E.L. Doctorow’s The Book of Daniel.  Adapted for the screen by E.L. Doctorow (from his novel The Book of Daniel), Daniel, a fictionalized account of the Julius and Ethel Rosenberg case, stars Timothy Hutton as Daniel Isaacson, an anti-war activist whose parents, branded as spies, were put to death by the U.S. government. Believing that his parents were wrongly convicted and executed, Daniel sets out to clear their name in this taught, dramatic film directed by master filmmaker Sidney Lumet. 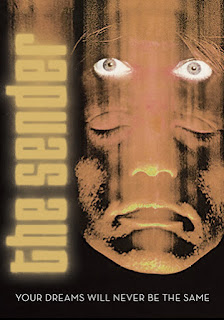 THE SENDER [1982]: Two-time Academy Award-nominee Shirley Knight (Best Supporting Actress for Dark At The Top Of The Stairs and Sweet Bird Of Youth) stars as the malevolent mother of the mysterious psychiatric patient known as John Doe #83 in the chiller The Sender. In this psychological horror film, Zeljko Ivanek (TV’s Damages, Argo) stars as John Doe #83, a patient admitted to a psychiatric hospital after a suicide attempt. When Dr. Gail Farmer (Kathryn Harrold, TV’s The Rockford Files, The Hunter), the psychiatrist assigned to his case, begins experiencing vivid hallucinations, she suspects that she may be telepathically connected to her new patient, envisioning what he is experiencing in real time.

As terrifying, dream-like episodes escalate, the audience is drawn into a realm that lies between the waking and sleeping world.

Rounding out the cast in the Roger Christian (Bandido, Prisoners Of The Sun) directed film are Paul Freeman (Raiders of the Lost Ark) as Dr. Denman, Dr. Farmer's skeptical colleague, and Shirley Knight (As Good As It Gets) as Jerolyn, a woman who holds the clue to the identity of The Sender. MORE INFORMATION [CLICK HERE]
Jeremy [The Wolf]
Hosted by Jeremy [Retro] at 1:30 AM