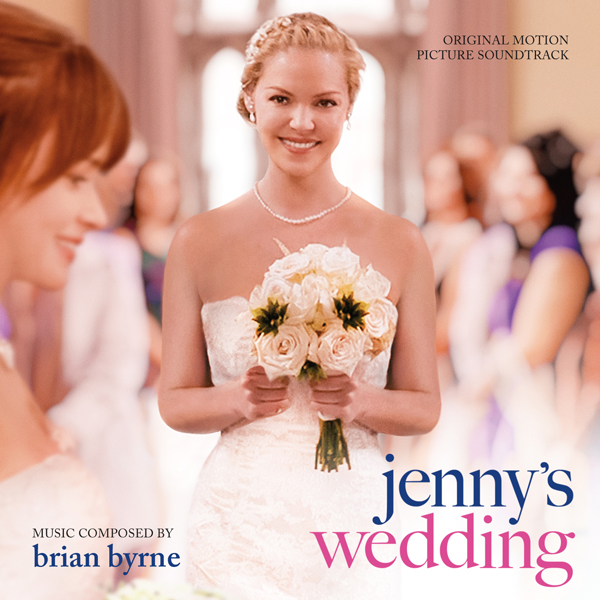 Varèse Sarabande will release the JENNY’S WEDDING – Original Motion Picture Soundtrack digitally on August 21 and on CD September 25, 2015.  The album features the original music composed by Brian Byrne (ALBERT NOBBS), Mary Lambert’s “She Keeps Me Warm,” and four original songs penned by Byrne, with lyrics by Kasey Jones, and performed by Kristina Train.

Byrne moved to Los Angeles from Ireland in July 2003 to expand his career as a film and television composer. Since then he has consistently worked as a composer, conductor, songwriter, arranger and pianist – in the US and in Europe. From huge orchestral scores to minimal ensemble compositions, Byrne has written music for films in many genres. He won the Irish Film and Television Award for his original score for the Irish Sci-Fi comedy Zonad, directed by John Carney. He then scored an indie drama called The Good Doctor, starring Orlando Bloom. Byrne’s previous film work includes conducting and arranging the scores to Jim Sheridan’s Oscar-nominated In America and Kristen Sheridan’s drama, Disco Pigs.


In 2014, Byrne composed the music to Heartbeat of Home, from the producers of Riverdance, The Price of Desire, a biopic about Irish designer Eileen Gray, and BOYCHOIR, starring Dustin Hoffman.  His recent credits include THE LEISURE CLASS (for Project Greenlight), Oscar-winning director Mike Van Diem's comedy DE SURPRISE and he is currently working on THE SECRET SCRIPTURE for Jim Sheridan.

Just Announced!
Jeremy [The Wolf]
Hosted by Jeremy [Retro] at 12:30 AM