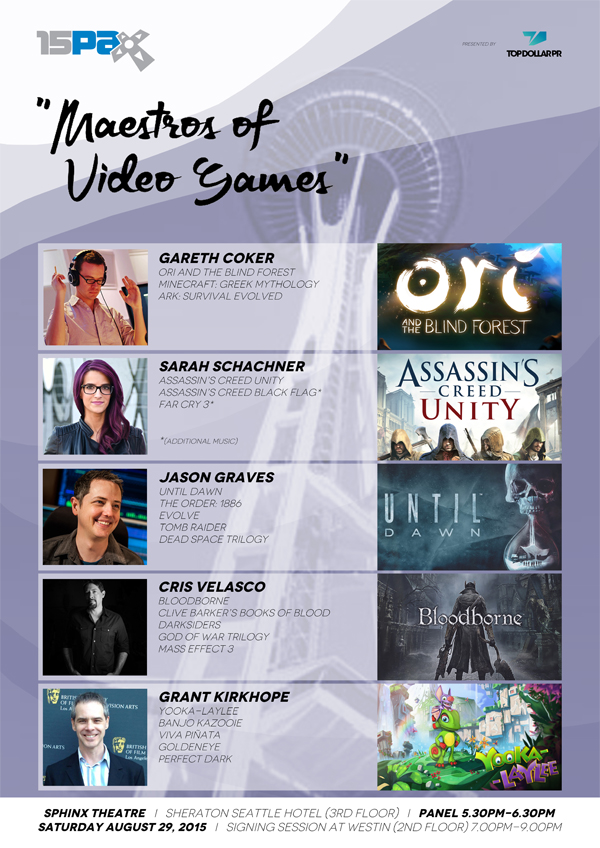 Seattle, WA (August 10, 2015) - What does it take to write music for games? Hear from five of the industry's hottest composers as they share their experiences and discuss the craft of scoring music for video games.

Following the panel join the composers for a meet & greet / autograph session at the Westin (2nd Floor) from 7pm-9pm.

This will be an awesome event, so if you are a fan and live close enough! Go!
Jeremy [The Wolf]
Hosted by Jeremy [Retro] at 8:40 AM