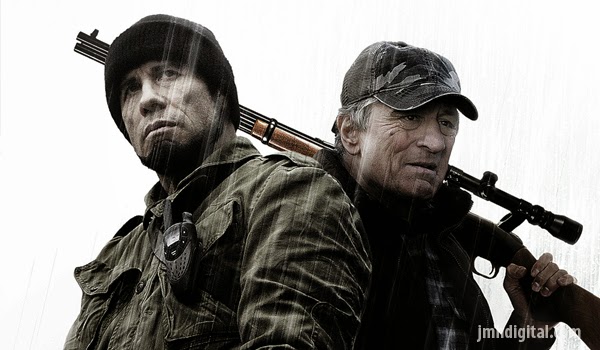 For composer Christopher Young, the album premiere of the soundtrack to the 2013 film Killing Season represents more than a film score. It is the “realization of an obsession.”  The album delivers a musical experience that transcends the film which inspired it. Having begun as a series of discrete cues, the score has been re-conceived and reworked into an extended meditation on the film’s narrative threads—hard men in a remote wilderness, the memory of haunted battlefields, the pain of isolation and the catharsis of confession. Much of this music has not merely been rearranged but rewritten and newly performed. The resulting composition respects its roots as a film score, but would be at home on the concert stage:

“So many movies sort of fall by the wayside, and their scores vanish,” Young notes. “What I’m trying to do is revitalize music that I believe in. I’ve become kind of obsessed with wanting to revisit my old scores, to see if I can modify them in a manner that would make them a more exciting listen. Killing Season is really the first fully orchestral score where I’ve been able to go back and say, ‘What can I do with this score to make it more digestible in a concert performance situation?’ I’m not saying that opportunity will ever arise—but this is how I would prefer to have the music presented.” 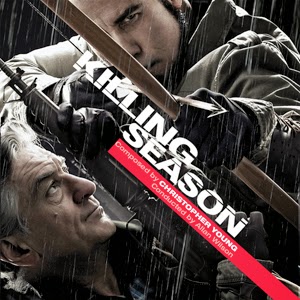 The score features cello as the dominant color, joined by an ensemble that includes piano, bagpipes and the dulcimer-like strains of a wire-strung Irish harp. Though the score was recorded overseas, cellist Ben Sollee recorded his solos in the United States. This allowed Young to exercise precise control over the mix—and also opened the door to an ambitious reconstruction when it came time to produce the album arrangement.   Young perceives the score as a concerto for cello and orchestra, divided into three movements.  The end result is an album that plays as an artistic work unto itself and gives the listener a musical journey more powerful than the usual presentation of a film score.

The film stars Robert DeNiro as a U.S. veteran and John Travolta as a former Serbian soldier playing cat-and-mouse games in the remote wilderness.

Just Announced!
Jeremy [The Wolf]
Hosted by Jeremy [Retro] at 9:50 AM