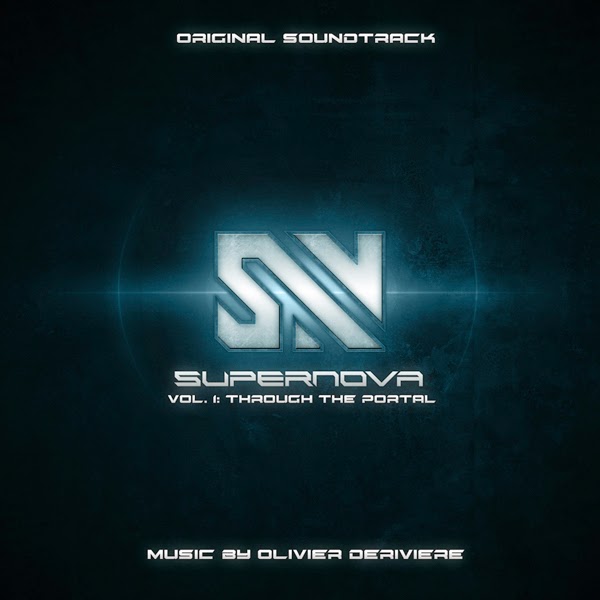 For SUPERNOVA, Derivière has combined his trademark electronic music wizardry with epic orchestral space themes recorded with the Philharmonia Orchestra at Abbey Road by three-time GRAMMY® award-winning engineer John Kurlander (The Lord of the Rings). Entitled "SUPERNOVA Volume 1: Through The Portal" the original soundtrack is now available for digital download on Bandcamp and other digital music sites. Preview samples of the score are available at Soundcloud.

"The musical journey of the OST follows a big crescendo from a star's birth to its supernova," explains Derivière. "Volume 1 is about the first planet, more will come as the game progressively extends its universe to new worlds. This is only the beginning."

For more than a decade, Olivier Derivière has been scoring music for animation, films and video games and is widely acclaimed for both his composition and innovative approaches to connecting music with the game experience, including the groundbreaking titles Assassin's Creed IV Freedom Cry and Remember Me. Driven by his passion to provide players with a unique musical experience that truly reflects each game, both musically and directly in sync with the gameplay itself, Derivière often blends traditional musical elements with unorthodox sound techniques in pursuit of creating an authentic score that fully immerses the player in the gameplay and story.

Olivier Derivière started studying classical percussions at the age of five and went on to study harmony, counterpoint and instrumentation at the Conservatory of Nice, France. As a teenager he learned about the technical aspects of writing music for interactive media when he attended many coding parties where passionate programmers would compete in creating code, graphics and music on computers. In 2000 he won a scholarship to Berklee College of Music to study film scoring and jazz. In Boston he would spend an entire season with the Boston Symphony Orchestra and interact with renowned musicians, composers and conductors. This experience with the BSO taught him more about music scoring than ever before and fueled his vision to bring great performers to video games.

His first video game score, ObScure, a survival horror game, featured the talents of Children's Choir of the National Opera of Paris and for the sequel, ObScure 2: The Aftermath, Derivière commissioned the Boston String Quartet. Following this formative period of honing his craft as a composer for interactive media, his other notable scores included Alone in the Dark for which he wrote original songs that were performed by the Grammy® winning choir The Mystery of Bulgarian Voices - the score was recognized by Billboard and The New York Times - and the harsh, melancholic score for Of Orcs and Men featuring performances by the Boston Cello Quartet from the BSO.

In 2014 Derivière's exhilarating sci-fi action score to Remember Me set the film and video game scoring world abuzz ("Cinematic and magnificent" - GameTrailers, "Fantastic and evocative" - IGN, "One of the best soundtracks...this generation" - Destructoid), firmly establishing his reputation as a rising star for exploring new musical territory and intricate music productions. His bold originality and ambitious concept of sampling and digitally processing live orchestra to create a genre-bending glitch music, immersing players in the 'memory remix' gameplay and dystopian futurist story, was presented with the International Film Music Critics Association Award for Best Original Score for a Video Game or Interactive Media.

His dynamic talents were also on display in last year's Assassin's Creed IV - Freedom Cry, the stand-alone story about Adéwalé, a former slave-turned-assassin who attempts to save his enslaved people in Haiti. Once again Derivière seized the opportunity to bring a new dimension to the player's experience. Recording the Brussels Philharmonic Orchestra and La Troupe Makandal, he introduced traditional Haitian music and dance to evoke the Afro-Haitian struggle for freedom, increasingly blending the troupe's distinctive drumming and vocals into the gameplay as Adéwalé's crusade to free his people unfolds.

No matter the genre, Derivière's main focus continues to be enhancing the player's interactive experience through music.

Just Announced!
Jeremy [The Wolf]
Hosted by Jeremy [Retro] at 8:44 AM