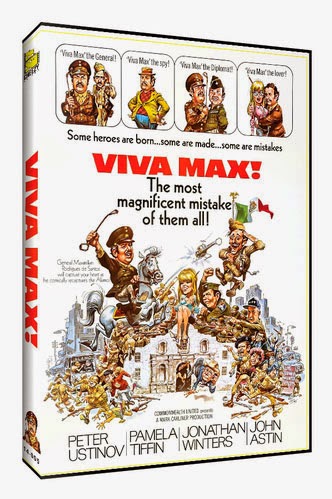 Viva Max!
Some heroes are born...  some are made... some are mistakes. The most magnificent mistake of them all!

Feneral Maximilian Rodrigues de Santos will capture your heart as he comically recaptures the Alamo!

When his girlfriend tells hi that his men wouldn't follow him to a house of ill repute, Max, a general in the Mexican army decides to perform some great acts of heroism. He takes his men over the border into Texas and re-captures the Alamo. This upsets the Texans greatly. The Texas National Guard is sent to retake the mission. Normally this would be easy as Max's men have left all of their ammunition back in Mexico, but the State department insists that no one be killed and so the National Guard also goes in with unloaded weapons. 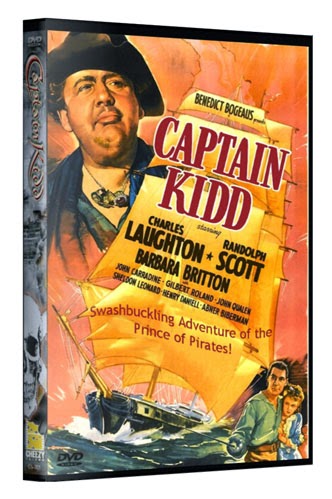 In this unhistorical account, Capt. William Kidd (Charles Laughton) is already a clever, ruthless pirate when, in 1699, he tricks the king into commissioning him as escort for a treasure ship from India. He enlists a crew of pardoned cutthroats...and Orange Povey (John Carradine), whom Kidd once abandoned on a reef and hoped never to see again. Of course, Kidd's intentions are treacherous. But there's more to gunner Adam Mercy (Randolph Scott) than meets the eye.

Every-time I think I am going to hate these films, another great one shows up at my door... in this case there were two. Some great actors within these great films, so go get them!!
Jeremy [Howlin' Wolf]
Hosted by Jeremy [Retro] at 9:58 AM