Capitalizing on the early ‘70s kung-fu craze, the film tells the story of a mysterious statue which contains the secret location of acupuncture points that may cure many illnesses – or lead to instant death if they are applied in the wrong order. When rival gangs start a fierce hunt after the statue, it’s up to Dan (Joe Don Baker) to get the statue for the mysterious girl who had hired him. Briefly teaming up with blaxploitation icon Jim Kelly, Baker is ready to deliver swift punches, escape death traps and throw people across panes until he gets what he wants… 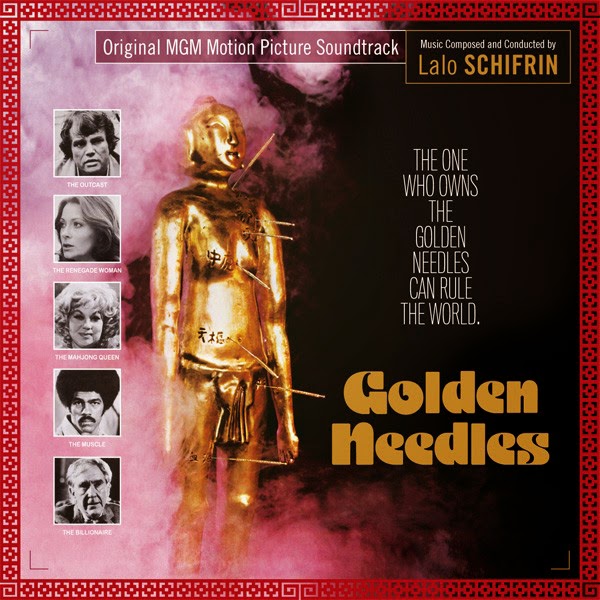 
This CD marks the premiere release of Golden Needles. This soundtrack presents all the music and is accompanied by an 8-page booklet with liner notes by Gergely Hubai who discusses the film and the score. Golden Needles may lack the name recognition of Bullitt or the cult factor of Enter the Dragon, but the score definitely delivers everything you’d expect from the composer at the top of his game – and it certainly doesn’t disappoint fans of Schifrin or martial arts movies in general.

Limited Collector's Edition of 1000 copies
> More details about the CD