News for Your Ears and Composer Julian Wass 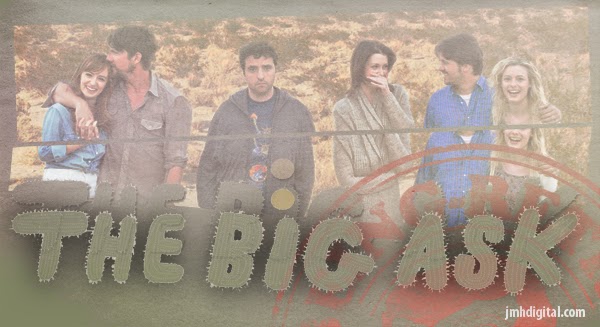 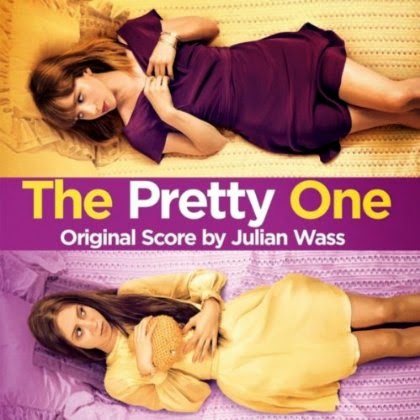 THE PRETTY ONE released by Sony Pictures, will be available on VOD JUNE 3rd,. Julian’s wife Jenée LaMarque’s wrote and directed the film.

“Around the same time as we started envisioning the score for THE PRETTY ONE, Jenée and I showed Cinderella to our then 3 year old daughter for the first time. The song, "A Dream is a Wish Your Heart Makes" embodies Cinderella’s character and spirit. The song has an especially wonderful melody and chord change that accompanies the lyric, "No Matter How Your Heart is Grieving, If you Keep on Believing..." I felt that Cinderella and the character of Laurel had some interesting parallels, so I studied that chord change and melody and used it as inspiration for one of the main themes for the THE PRETTY ONE.” said Wass.

In the film THE PRETTY ONE, the character Audrey has all of the qualities that her identical twin sister Laurel wishes she possessed: confidence, style, and independence. Alternately, Laurel, sweet but painfully awkward, feels stuck in her life, still living at home, coddling their father and obsessed with the boy next door, for whom she used to babysit. When the sisters reunite for their birthday, tragedy strikes and a fateful mix-up leaves Laurel faced with an opportunity to reinvent herself—and her life—as her beloved sibling.

In a complex, balancing act of a performance, that mixes comedy and drama to riveting effect, TFF-award winner Zoe Kazan plays both sisters. She portrays a dueling mixture of loss and awakening, most poignantly as a relationship blooms with her new neighbor (New Girl's Jake Johnson). As Laurel begins to slip into the life she has always wanted but never thought was possible, she must decide between continuing her life as Audrey and revealing herself as the perfect fraud. Jenée LaMarque’s first feature film is a funny, quirky tale of identity and the eternal bond between two sisters.

“I wanted to lend a timeless, ethereal quality to compliment the fairy tale aspects of THE PRETTY ONE, and Jenée and I agreed that an electronic score, with acoustic elements, would fit the images and tone really well,” Wass comments.  “Right before THE PRETTY ONE was shot, Jenée and I re-watched TOOTSIE and realized not only how beautiful a song 'It Might Be You' was, but that the lyrics were incredibly relevant to THE PRETTY ONE. The idea to do the cover was in the back of our minds the whole time,  but it wasn't until a week before our sound mix when our music supervisor, Andy Gowan, told us that he had cleared the song. Our good friend Karyyn, who had actually sung at our wedding, was always the person we imagined singing the version of 'It Might Be You', but had since moved to Berlin. So, Karyyn and I worked furiously on the song over Skype for the few days we had before the mix, and I downloaded her final vocal tracks mere hours before the deadline. It was a little hectic, but when we placed the song at the end of the film, we all knew right away that it was worth it.”  The cover of ‘It Might Be You’ is available on THE PRETTY ONE soundtrack.

Among Julian’s three summer releases is the musical score to Tribeca Film’s THE BIG ASK, available now on VOD.  THE BIG ASK is the story of three couples who head to the desert to help their friend (David Krumholtz) heal after the death of his mother. But when they learn that his idea of healing is asking to sleep with his best friends' girlfriends — at the same time — his ludicrous request creates a fallout amidst the entire group. A hilariously dark comedy about the things we do for friends in need, also starting Gillian Jacobs, Zachary Knighton, Melanie Lynskey, Ahna O'Reilly, and Jason Ritter.

Wass says of his collaboration with THE BIG ASK directors Thomas Beatty and Rebecca Fishman, “We came up with a an epic guitar sound that we felt embodies the expansiveness and relentlessness of the desert, and although this sound is heard early in the film, as the story progresses and the desert setting becomes more odd, that sound takes over.”

Julian will also release his original motion picture soundtrack for LOST FOR LIFE on iTunes in late June. 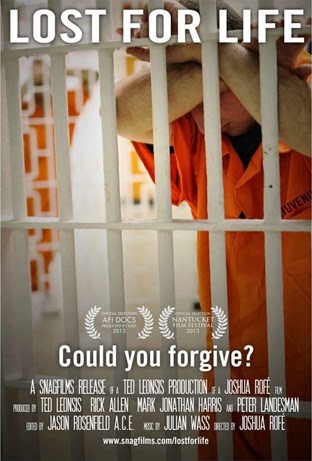 Snag films, LOST FOR LIFE, tells the story of more than 2000 people in the US who are serving life without parole sentences for crimes they committed as juveniles. LOST FOR LIFE, a new film from director Joshua Rofé, produced by Ted Leonsis, Rick Allen, and multiple-Oscars winner Mark Jonathan Harris, tells some of the most chilling of their stories -- and those of their families and of the families of victims of juvenile murder. The result of four years of Rofé’s intensive effort, Lost for Life is a searing view, tackling this contentious issue from multiple perspectives and explores the complexity of the affected individuals’ lives. Lost for Life refuses to give easy answers, but prompts many questions, and forces us to consider what we mean by justice, punishment, mercy, redemption and forgiveness.

“My concept for the score was to take familiar instruments, like piano, flute and strings, and manipulate them to remove a part of the sound. For example, I recorded my piano, loaded it into a sampler, then removed the sound of the hammer striking the key. What was left was the tail of a piano, almost the ghost of a piano. (Director) Joshua Rofé and I felt this was a perfect way to reflect the missing pieces of the families in the movie, with these digitally homemade (or home-ruined!) instruments.”

What an innovative concept for a musical instrument. Make it sound totally different.