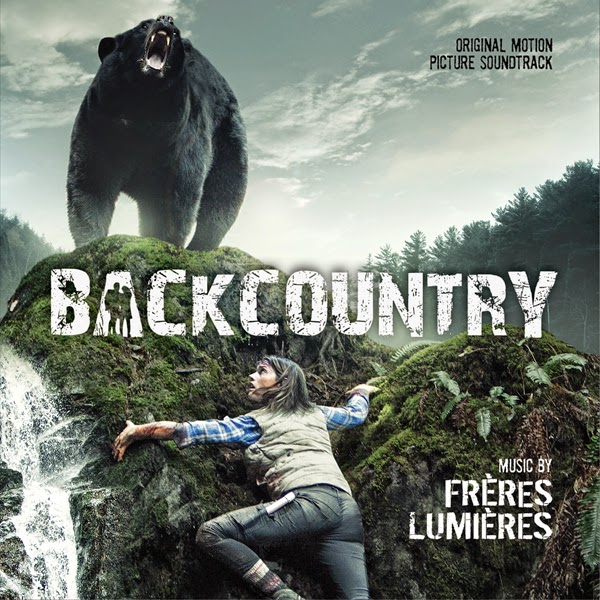 The music for Backcountry is provided by Frères Lumières, an ensemble made up of multi instrumentalists Vince Nudo and Dan Watchorn who began their musical collaborations in the Montreal rock band Priestess. After recording two studio albums and touring North America, the two musicians set out to create cinematic soundtracks outside the confines of rock music. Their list of credits include Thomas Michael's Running Mates (2010) starring Henry Winkler and Caroline Monnet's short Gephyrophobia which got them to attend the Festival de Cannes. Backcountry marks the duo's first feature-length score. 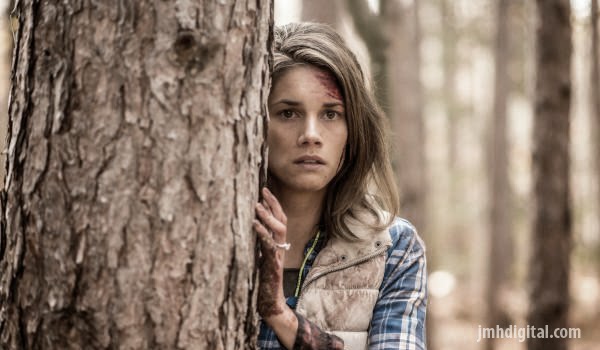 The music for Backcountry builds upon the exciting combination of inventive electronic textures, moody dreamlike atmospheres,  and a hint of country twang / industrial rock passages in selected tracks. The music is as much about the predatory nemesis as it is about the deteriorating relationship of Alex and Jenn as the composers explain: “We wanted to avoid certain film score conventions common to the genre. Working in tangent with Adam’s vision, the goal was to create a dramatic score that developed as the story did. The tone reflects the relationship between the characters, their journey into the unknown and the uncertainty of their survival.“
Just Announced... it's going to be great, wait it is great!
Jeremy [Howlin' Wolf]
Hosted by Jeremy [Retro] at 8:29 AM

This looks like an interesting movie. Thanks for sharing, and for dropping by my blog and leaving a comment! Looking forward to the AtoZ! Your fellow co-host Lisa @ lisabuiecollard.com