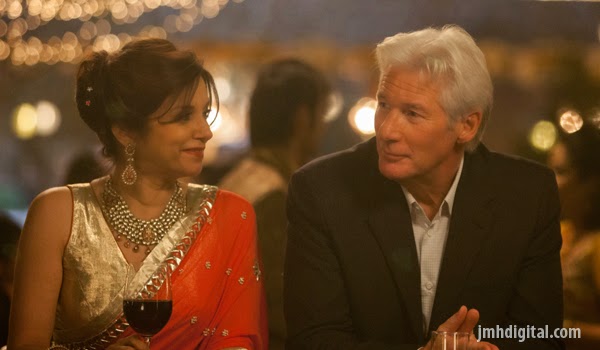 The soundtrack for The Second Best Exotic Marigold Hotel is available on February 24, 2015 via Sony Classical. Thomas Newman, one of the most respected composers in the movie industry, once again composed the original score. With an illustrious career of over 30 years, Newman has scored more than 70 feature films. Coming from a prominent musical dynasty – his father was the renowned composer Alfred Newman, and singer/songwriter/composer Randy Newman is his cousin – Thomas Newman has thus far been nominated for 12 Academy Awards and has won an Emmy® Award, 2 BAFTA Awards and 6 Grammy® Awards. 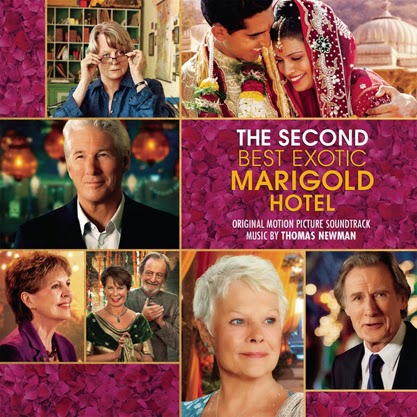 Now that The Best Exotic Marigold Hotel is full up with its long-term residents, co-managers Muriel Donnelly (Maggie Smith) and Sonny Kapoor (Dev Patel) have a dream of expansion, and they’ve found just the place: The Second Best Exotic Marigold Hotel. With plans underway, Evelyn and Douglas (Judi Dench and Bill Nighy) venture into the Jaipur workforce, wondering where their regular breakfast dates will lead.  Meanwhile, Norman and Carol (Ronald Pickup and Diana Hardcastle) navigate the swirling waters of an exclusive relationship, as Madge (Celia Imrie) juggles two very eligible suitors, and recent arrival Guy Chambers (Richard Gere) finds a muse in Sonny’s mother, Mrs Kapoor (Lillete Dubey) for his next novel. As his marriage to Sunaina (Tina Desai), the love of his life, quickly approaches, Sonny finds his plans for the new hotel making more claims on his time than he has available. Perhaps the only one who may know the answers is Muriel, the keeper of everyone’s secrets. As the big day nears, family and guests alike find themselves swept up in the irresistible intoxication of an Indian wedding.