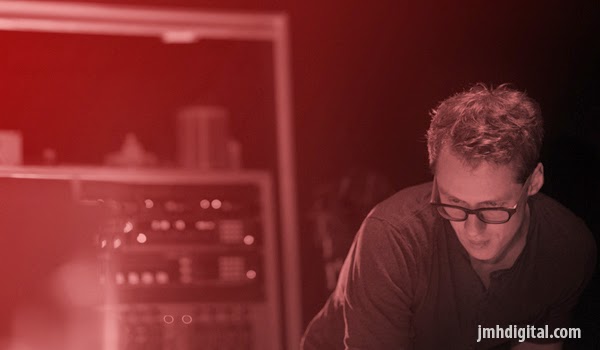 
“MILES FROM TOMORROWLAND and ALL HAIL KING JULIEN are incredibly inventive shows,” Wiedmann described. “Stunning visuals, gorgeous animation, funny and interesting characters and a universe that so far could only happen in our dreams. Supplementing this material with music is a very thankful task for a composer, as I get to be just as imaginative as the shows themselves.”

Born in Stuttgart, Germany, Frederik Wiedmann came to Los Angeles in 2004 to pursue his childhood dream of becoming a film composer. After a couple assistant positions, Wiedmann scored his first feature RETURN TO HOUSE ON HAUNTED HILL for Dark Castle Entertainment, Warner Premier

in 2007.  Since then, he has written music for a wide variety of feature films such as COMPANY OF HEROS, HOSTEL PART III, THE DAMNED, THE HILLS RUN RED, JARHEAD II, FIELD OF LOST SHOES and many others.

After adding 2 Annie Award Music nominations to his resume for the critically acclaimed TV series GREEN LANTERN: THE ANIMATED SERIES (created by Bruce Timm and Giancarlo Volpe at Warner Bros. Animation), he moved onto scoring the brand new Warner Bros. Animation show BEWARE THE BATMAN, for the Cartoon Network.  He composed the music for numerous animated feature films based on DC Comics, such as SON OF BATMAN, JUSTICE LEAGUE: FLASHPOINT PARADOX, and the successful Disney Junior feature LUCKY DUCK. Wiedmann’s upcoming work includes the film OPIUS, the documentary THE THREE HIKERS and BATMAN VS. ROBIN.

In ALL HAIL KING JULIEN, King Julien is back and shaking his booty harder than ever! Discover the wild world of Madagascar as the king takes on the jungle’s craziest adventures in this comedy series. With his loyal sidekicks Maurice and Mort, they meet a whole new cast of colorful animals, including ambitious head of security Clover and the villainous Foosa. No one can stop this king from ruling with an iron fist...in the air...wavin' like he just doesn't care.

“Each one of these shows give me such a different palate to play with and I find them very exciting,” Wiedmann said. “The challenging aspect of these shows is to accentuate the comedy with just the right tone, to never step on the jokes or ignore them completely. It’s a fine line to walk, but when I succeed, I find myself laughing out loud in my studio.”

The intergalactic adventure, MILES FROM TOMORROWLAND, charts the outer space missions of young adventurer Miles Callisto and his family – mom and ship captain, Phoebe; mechanical engineer dad, Leo; tech-savvy big sister, Loretta; and robo-ostrich pet, Merc – as they help connect the universe on behalf of the Tomorrowland Transit Authority. Each episode features two 11-minute action-packed stories as Miles, Merc and the Callisto family explore wondrous and diverse new worlds, taking young viewers and their families on a futuristic journey that fuels kids' natural interest in space, and at the same time reminding them of the importance of what lies close to home – the family bond.

“In shows targeted for young children like ALL HAIL KING JULIEN or MILES FROM TOMORROWLAND, I have to be very aware of my music, and how it balances tension and suspense and laughter,” Wiedmann explained.  “I have to remind my audience that, although there is peril, our heroes will be fine after all. Music is a very powerful tool in situations like this, it can really define what the children feel at a given moment, and it is my job to keep them engaged and keep it fun.”

Friends of the WOLF, great to hear some good news from Fredrick!
Jeremy [Howlin' Wolf]
Hosted by Jeremy [Retro] at 6:34 AM