The new ROBOCOP is ROBOCRAP! 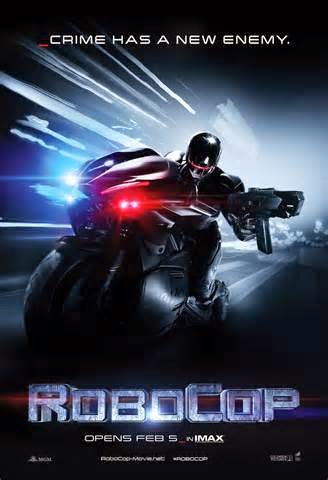 What makes a movie smart?  What qualities must a film have to be considered intelligent?  Good acting?  Terrific cinematography?  Big name actors?  Perfect directing? Complex stories and characters?   I will tell you.  It is knowing what kind of movie you are making.  That is the first thing that must be established before writing your script.  ROBOCOP 2014 doesn't know what kind of movie it wants to be.  It doesn't understand what we the people for the most part want to see in a movie about a cop that was turned into a robot.  ROBO2014 wants to be a personal drama about a man losing his body and humanity while obligingly putting safe and slick action pieces that is also punctuated with corporate satire.  The problem is that the film never finds the right mix or balance.  The result is a boring, forgettable bland experience which is the ultimate crime for a film.

ROBOCOP 2014 tells the story about a corporate big wig played by Michael Keaton who wants Congress to pass a repeal of a law that prevents robots from policing the country.  The rest of the world allows it which makes him already rich but I guess he wants America to allow it so he can make a little more money.  He employs a scientist to create a robot that is part man to be a loop hole to the law that will lead Congress to rethink it's stand on the whole robot policing the world issue.  Excited yet?  Then this cop who everyone keeps calling  "Murphy" shows up and starts telling his police Captain this long back story about him and his partner busting bad guys and getting into a gun fight to keep the audience interested in the film.  He gets blown up in a car explosion reminiscent of the first PUNISHER film starring Dolph Lundgren and then turned into a robot.  The rest of the film is about Murphy dealing with being a robot and connecting with his family and eventually solving his own attempted murder.  After the main bad guys are dead the film still has 30 minutes left so Michael Keaton has to do something bad enough to justify Robocop going after him and killing him so there can be more action and stuff happening.  In the end Robocop lives and gets to be a cop and spend time with his family.  A perfect happy safe non challenging PG-13 ending the kids will enjoy.