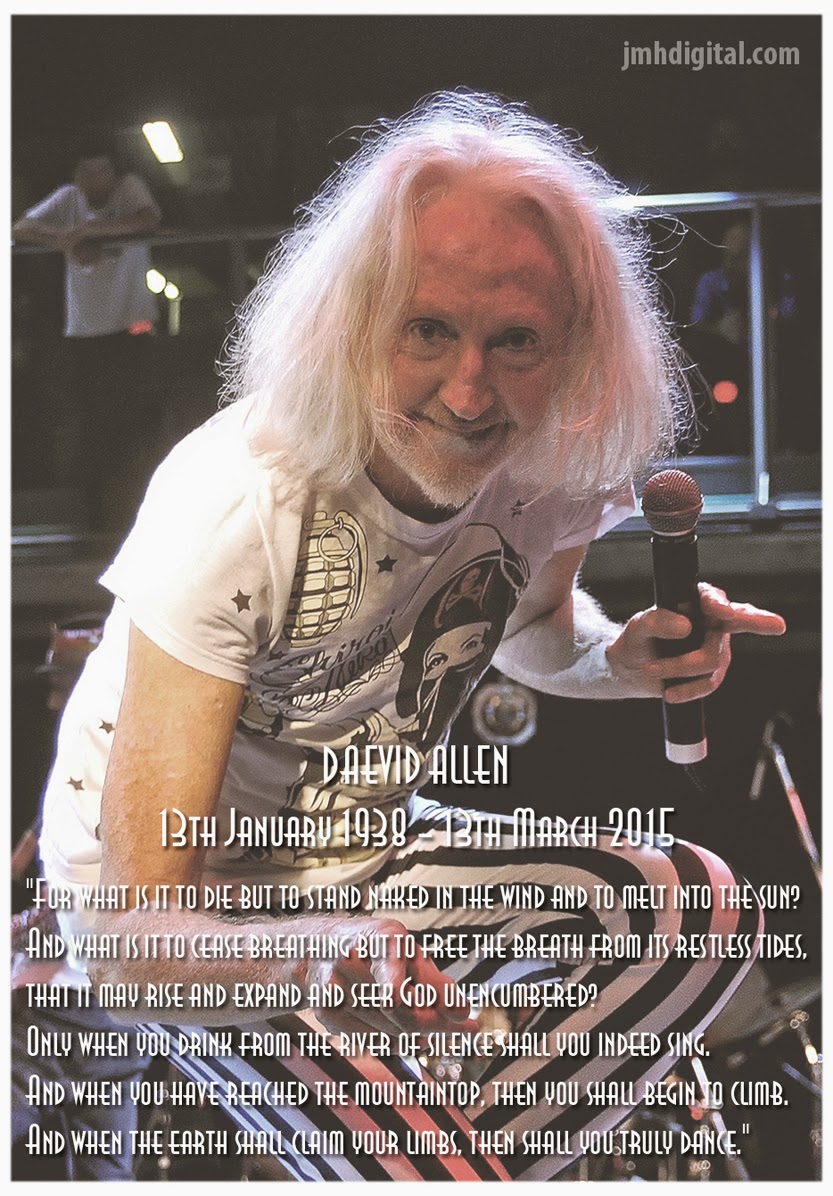 Daevid Allen was the kind of mercurial, inspiring individual whose free-thinking nature positively touched the lives of all who came into his orbit. When the Australian-born Allen first arrived in England in late 1960, he ended up as a lodger in the home of Robert Wyatt’s parents; the first Beatnik to be seen in the Kent countryside. Allen brought a glimpse of a different world and way of living to Wyatt and his friends, and later, as a founder-member of British psychedelic pioneers Soft Machine, added his unique vision to British rock music at the time.

It is as a founder-member of the sprawling collective Gong that Allen will be most closely associated; born out of the Paris Spring Commune of 1968, their debut album Camembert Electrique was memorably released in the UK in 1974 on the nascent Virgin Records label for the price of a vinyl single. Gong were never blessed with a stable line-up; Allen left the band in the mid-seventies, but reformed Gong in the early nineties. The latest Gong album – I See You – was released late in 2014, and was greeted with universally glowing reviews, a brilliant restatement of Allen and the band’s enduring musical and lyrical values.

Although Daevid Allen’s death at the age of seventy-seven is a sad loss, his lasting legacy – an unapologetic desire to live, explore, entertain and inform through his remarkable body of work, outside of the world of the everyday – will live on. - http://www.planetgong.co.uk