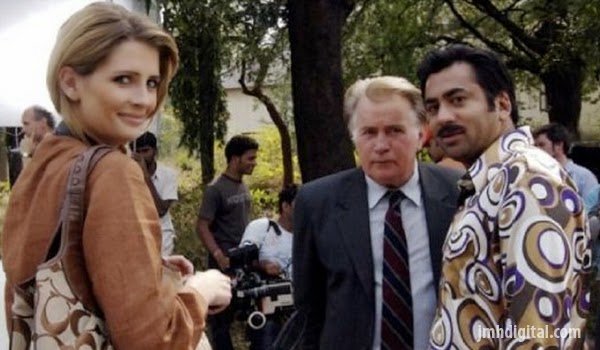 Co-written and directed by Ravi Kumar, Bhopal: A Prayer for Rain is a harrowing tale based on real events that happened exactly 30 years ago. The story follows young rickshaw driver Dilip who is lucky enough to get a menial job at the Union Carbide chemical plant of his hometown Bhopal. As Dilip gets ready for his sister’s wedding, an unforeseen tragedy unfolds. Dilip and his family fall victim to the worst industrial disaster in recorded history, as poisonous gas from the factory is released into the air following a storage tank explosion, claiming well over 15,000 lives and causing countless injuries. The story is told from the perspective of Dilip and his family, local journalist Motwani (Kal Penn), American journalist Eva (Mischa Barton) and Union Carbide executive Warren Anderson (Martin Sheen).

The original soundtrack album is being released by MovieScore Media, Sweden and features The Chamber Orchestra of London recorded at Air Studios, conducted by the composer. Influences of local music are represented through the Tabla and the Bulbul Tarang (Indian Banjo) and an Indian flute playing the childhood theme which communicates life and hope. On the other hand, the score also features terrifying electronic textures representing the toxic chemicals suffocating the city. The album closes with the composer’s own end credits song, “A Prayer For Rain", performed by Mary Lea. 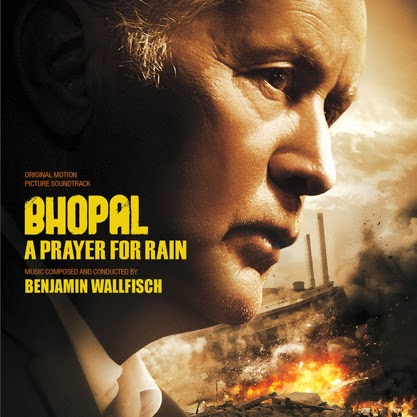 Benjamin Wallfisch’s work in film has earned him multiple awards and nominations, including two Ivor Novello Award Nominations for Best Original Film Score, a nomination in the 2009 Emmy Awards, three nominations as Discovery of The Year at the World Soundtrack Academy Awards and the 2013 Hollywood Music in Media Award for Best Original Score - Special Feature. He made his scoring debut at the age of 24 (Dear Wendy), a score which earned him a nomination for 'Best Original Score' at the 2006 Danish Film Academy Awards. Since then he has gone on to work on over 40 feature films. His current feature film Desert Dancer will be released in the US on April 10th via Relativity Media. His prior releases with MovieScore Media include Dear Wendy (2006), The Escapist (2009), Conquest 1453 (2012), Hammer of the Gods (2013) and The Thirteenth Tale (2013).
MovieScore Media | http://moviescoremedia.com/

I have to just say, Impressive... very impressed in Benjamin Wallfisch ability to bring you into the story.
Jeremy [Howlin' Wolf]
Hosted by Jeremy [Retro] at 6:22 PM