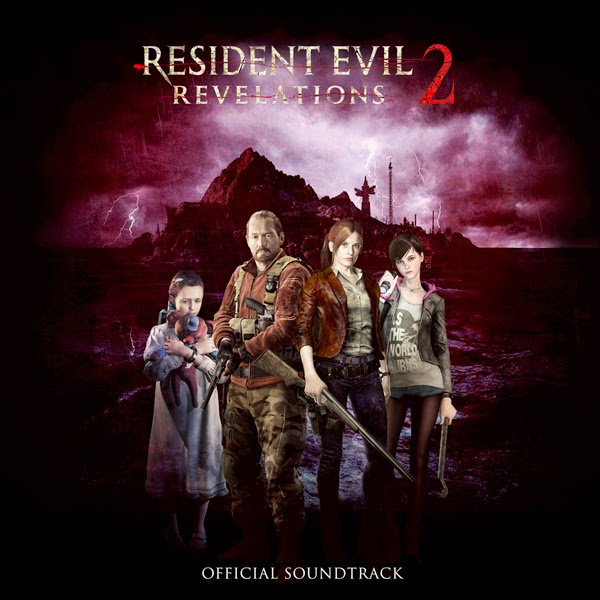 "Our main theme of focus was 'duality of sound' implemented through original instruments," describes Kota Suzuki, composer and sound director of the Resident Evil® series. "We assembled this compilation with two distinct genres of sound in mind. Aiming for the overall music to deliver a broad, airy feel, while at the same time introducing acoustic instruments to create gaps within the sound, the composition reduces how quickly players grow accustomed to the music, and allows for sound effects to easily create the game's desired atmosphere."

Describing Capcom's collaboration with Nima Fakhrara, a film composer renowned for creating unique instruments as the basis for his original scores, Kota Suzuki added, "We always kept aiming to provide players with a new sense of suspense and surprise with this installation. His productions possessed that particular element of darkness that worked perfectly with our[s]. After many brainstorming sessions we decided to use 'iron' and 'water' as our concepts in creating new instruments. And, after recording, we edited and mixed the sound with other tracks to create a truly unique sound...His touch was exactly what we needed to give our sound the definitive edge."

The beginning of the Resident Evil Revelations 2 tale sees fan favorite Claire Redfield make a dramatic return. Survivor of the Raccoon City incident depicted in previous Resident Evil® games, Claire now works for the anti-bioterrorism organization Terra Save. She and Moira Burton are attending a company party for Terra Save when unknown armed forces storm the office, capture Claire and Moira and take them to a dark and abandoned detention facility on a mysterious island. Headed for the remote island in search of his missing daughter, Barry Burton meets brand new character Natalia Korda, a little girl who has a strange power that allows her to sense enemies and hidden items. Using this skill alongside Barry's proven combat abilities, players will need to alternate between the two to survive the mysterious island and find Moira. With terrifying enemies waiting around every dark corner, players will need to use their ammo and weapon supply wisely, in classic survival horror style.

Evolving the episodic chapter set-up of the original Resident Evil Revelations, Resident Evil Revelations 2 initially released as a weekly series of four episodic downloads beginning on February 24, 2015. A full digital download option of the Complete Season is currently available to ensure fans can get access to all individual episodes now. Each episode in Resident Evil Revelations 2 includes Raid Mode content and two full playable scenarios focused on the Claire and Moira storyline as well as the Barry and Natalia campaign. The full retail disc version, including all individual episodes and all additional game content, is available now across North America.