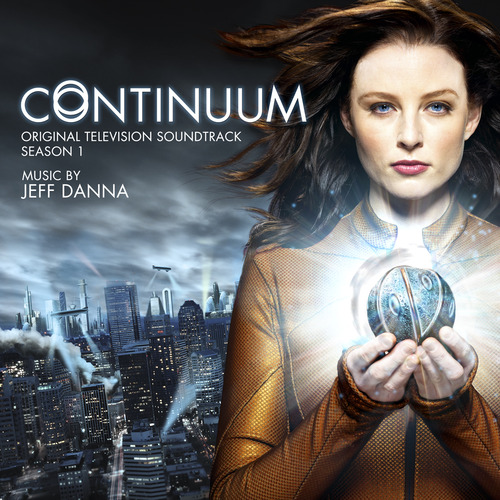 “I encouraged a partially-orchestral approach to the series,” said Danna.  “The world that Simon has created for CONTINUUM is not a small or safe place and calls for music that is as cinematic as Simon’s vision of his characters and stories. The orchestra is the musical-partner for a story like this, and it is a large part of the soundscape of CONTINUUM.”

Born in Canada to a musical family, Jeff Danna has created scores for a long and varied list of films. His credits include such divergent projects as Fracture, The Kid Stays In The Picture, Resident Evil: Apocalypse, The Boondock Saints, Lakeview Terrace, Chicago 10, Silent Hill and Silent Hill: Revelation, The Grey Zone, The Expatriate, and Terry Gilliam’s The Imaginarium of Dr. Parnassus, and Closing The Ring for director Richard Attenborough.


CONTINUUM Is about group of fanatical terrorists escaping their planned execution in 2077 by traveling back in time to 2012, they inadvertently take City Protective Services officer Kiera Cameron with them. Becoming trapped in a more “primitive” past, Kiera infiltrates the local police department to try to track down the terrorists before they change the course of history.

“When Simon Barry and I were conceiving the approach to the score to CONTINUUM, we agreed that the musical thread that anchored the score should be the same thing that anchors the show itself, Kiera.” described Danna.  “Kiera’s theme needed to be something that could be strong and self-assured, but also have aspects to it that could be vulnerable and even wistful for the past (future!) she has left behind.”

All-new episodes of the second season of CONTINUUM air on Fridays on Syfy. The CONTINUUM– Original Television Soundtrack Season One will be available digitally through all major providers Aug 6, 2013.

Just Announced!
-Jeremy [Retro]
Hosted by Unknown at 12:05 AM

I just started watching Continuum on Netflix. I'll have to pay closer attention to the music.