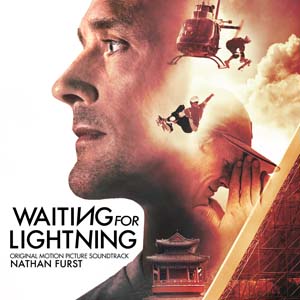 (July 9, 2013– Los Angeles, CA) – Lakeshore Records will release the WAITING FOR LIGHTNING – Original Motion Picture Soundtrack digitally on July 23, 2013.   The Bandito Brothers film, WAITING FOR LIGHTNING, is the story of Danny Way, the skateboarder whose dream was to jump China's Great Wall on a skateboard.  Frequent Bandito Brothers collaborator, Nathan Furst (ACT OF VALOR), composed the original score for the documentary.

On the heels of a #1 box office hit, composer Nathan Furst is quickly gaining recognition as one of Hollywood’s elite young composers.  Furst has developed a reputation for seamlessly blending world instruments and soundscapes with memorable and compelling themes surrounded by the strength and elegance of a symphony orchestra.  This signature style has garnered Nathan with three nominations for his outstanding original film and television compositions. 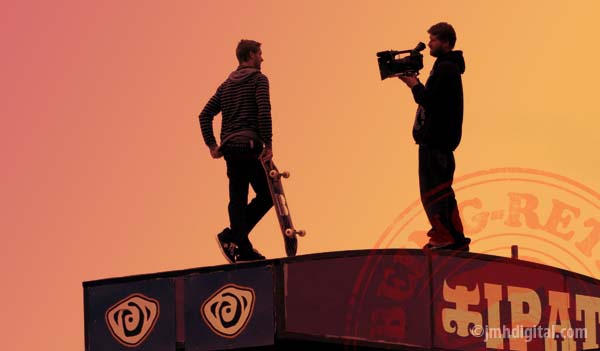 WAITING FOR LIGHTNING is the story of Danny Way, the skateboarder whose dream was to jump China's Great Wall on a skateboard. It's a film about how much abuse the body can sustain, how deep you have to dig to survive the challenges life presents, and how high and far dreams can fly. In his quest for greatness, Way continues to shape the very sport which helped save his own life.

“The underlying piano theme was riffed one day in the edit room with Nathan using his iPhone in one hand to freestyle a synth sound and pressing keys of a piano app on the iPad with the other hand,” said Rosenberg.  “It was a wildly enjoyable and productive process of deduction and honing.”  A process that seems perfectly in line with the lifestyle of the film’s subject.

Many great levels on this score as composer Nathan Furst brings a level of score that suits this film and shares a deeper side to it. I was a fan of "Act of Valor" and it quickly became one of my favorite scores as I find this score will too.
-Jeremy [Retro]
Hosted by Unknown at 12:00 AM