I got to meet Tony on the Facebook place and I was instantly hooked to his darker style from the composed pieces to the music he provides with the many bands/groups. So yes something cool can come out of that place and I am honored to share a little look into Tony Longworth's mind!

Thank you and Enjoy!
-Jeremy [Retro]

HWR:OLM: What are you currently working on, do you get to have more creative control on projects as you get more credits to you resume or are about the same?

Tony Longworth: I'm currently working on a lot of different projects at the moment. There's a couple of great Canadian feature films by Jason Armstrong that I'm involved with. I'm also working on a couple of awesome short movies by San Diego director Brad Bruce which are really exciting. There's also a documentary called Halloween Home Haunts that I'm writing music for which is being released in September. And on top of that I'm working on future solo album releases and band releases for my band Flesh-Resonance (www.fleshresonance.com) - I'm a busy guy ha ha.

With regard to creative control, yes, the more work I've done has meant that filmmakers trust me more now. My past work definitely demonstrates how I can interpret the vision of filmmakers, so the evidence is there, and that reasures filmmakers. They now put their trust in me that I will deliver what they want. 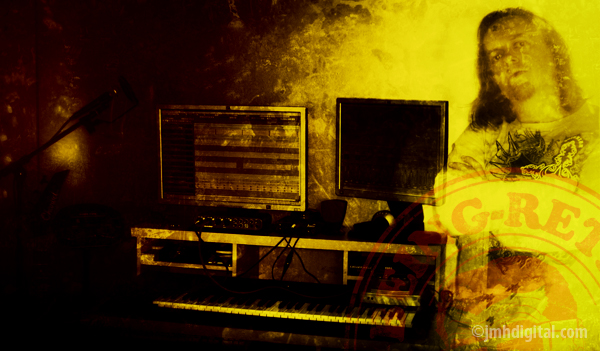 HWR:OLM: How did you get started in the field of music and how did that lead you to composing or music?

Tony Longworth: I've been a movie geek for as long as I remember and I've always wanted to be involved with filmmaking in one way or another. After my first band, Morbid Symphony, split at the end of the 90s, I formed the band Flesh-Resonance and after releasing our debut album, The Dark Between The Stars, I realised a lot of the tracks on this album would be well suited to movies.

I read a British horror magazine at the time called The Darkside and there was one issue that was all about independent filmmakers in the US. The magazine listed the filmmakers' contact details so I started sending the debut album out to them all and most of them really dug the music and wanted to use it in their projects. I released my solo album shortly after that and again sent it out to all my filmmaker contacts from the magazine and it just took off from there. Those initial contacts and word of mouth really helped put me on the map with my music.

HWR:OLM: If you work with other composers or music artists, whom do you work with and what is the best part of your contributions?

Tony Longworth: I have done quite few collaborations with other composers in the past but my main collaborator is Keith Hill who is the other half of the band Flesh-Resonance. To me, the best thing about collaboration is the constant generation of different ideas. There will be things that other people come up with that you would never think of, and things that you come up with that other people wouldn't think of. All these different ideas being generated are just so inspiring to me. Collaboration is a constantly moving and changing process, and it can really take you to new and unexplored places were music is concerned.

HWR:OLM: With a mix of scores under your credits do you prefer film or television work, which gives you the best feeling of success?

Tony Longworth: Good question. To be honest both film and television work have their pros and cons, and I enjoy both. If I was pushed to select one I'd say I prefer film work over television only because film gives me a much bigger canvas to express myself with, there's so much scope for a soundtrack with film. But that's not to say that TV work isn't rewarding as well. TV work (and short movie work as well) can be really challenging in the fact that you've got to make your music work over such a small period of screen time so it's like a puzzle in a way. But once you crack it and the soundtrack works, it's a good feeling.

HWR:OLM: Who inspires you musically and who do you listen to?

Tony Longworth: I have a very varied list of musical influences. There are soundtracks out there by composers that I really like but I tend to be more influenced by bands and musicians over composers. I'm a massive fan of Frank Zappa. His work has taught me that you can do something different with music and still be good. I love Dead Can Dance, dark, beautiful music. Slayer, Bad Religion, Beastie Boys, Rammstein, the list goes on and on. I just like listening to different, varied music. No set genre, just good music. 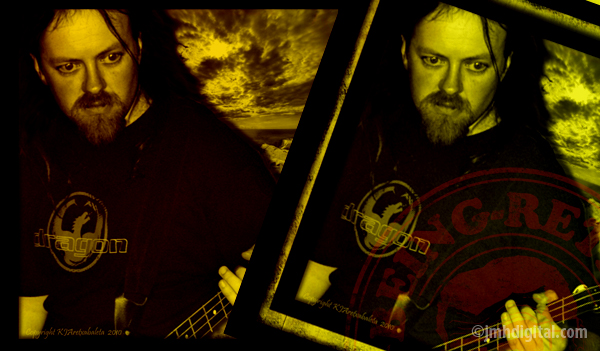 HWR:OLM: Where does a typical day begin and end for you, are there typical days?

Tony Longworth: There's isn't really a typical day because I have a lot of varied work on the go all the time. I try to do different things every day, maybe band music one day, scoring a movie the next and so on. I find that keeps me fresh and original plus I rarely get writers block. That's not to say that I don't get writers block, I do but I can move onto another project or piece of music and by the time I get back to the original piece, I have more ideas. I'm always on the go with music, that's the key really, keep yourself busy, do different things all the time, approach different pieces of music from different directions. Sometimes I compose on keyboard, sometimes guitar, sometimes it's just ideas in my head. It all helps to keep things fresh and original.

HWR:OLM: I asked composers all the time, is it weird to have a fan base and know that some of them know your scores better than you sometimes. Is it a nice feeling to have score groupies?

Tony Longworth: Yes, I do have a fan base who really do know my scores better than me. I find it more flattering than weird, I just love that they're into my work that much. The way I work means that once a piece of music is complete I move on and tend forget about what I've just written, fully focusing on the next piece, so even casually listeners to my work probably know it better than me ha ha.

And yes, it's a great feeling having score groupies - the more the better I say.


Tony Longworth is an award winning composer who was born and raised on the Wirral peninsula in England. He has had a keen interest in music and movies for as long as he can remember.

Tony formed his first band, Morbid Symphony, in 1990 releasing numerous demos, singles and albums over its 10 year life span. In 2001 he formed Flesh-Resonance, seen by some as the natural progression of Morbid Symphony. Flesh-Resonance is still going strong to this day having released many albums and videos to great acclaim.

Tony’s love for the darker side of life can clearly be heard in his music. Calling himself a dark alternative music composer, he likes to approach composing quite differently, not shying away from using more unorthodox sounds within his work. His love for combining old and new technology has enabled him to deliver consistently original pieces of music.

He has composed original music for many feature films and has been nominated for numerous awards. In 2012 Tony won Best Original Soundtrack at the Wirral International Film Festival.
Hosted by Unknown at 12:00 AM

Flesh Resonance is an awesome name for a band Tony. A great interview Jeremy