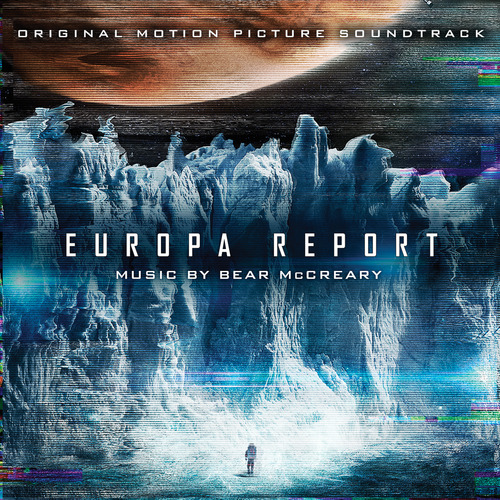 “Early on, I was very tempted to really play with the found footage element and have very little music – to actually play with a lot of silences or sounds of the spaceship,” said director Sebastián Cordero.  “However, the minute we started editing the film together, we realized there was a huge risk of losing the human side of the story if we didn’t enhance it with music.”

EUROPA REPORT follows a contemporary mission to Jupiter’s moon Europa to investigate the possible existence of alien life within our solar system. When unmanned probes suggest that a hidden ocean could exist underneath Europa’s icy surface and may contain single-celled life, Europa Ventures, a privately funded space exploration company, sends six of the best astronauts from around the world to confirm the data and explore the revolutionary discoveries that may lie in the Europan ocean. After a near-catastrophic technical failure that leads to loss of communication with Earth and the tragic death of a crew-member, the surviving astronauts must overcome the psychological and physical toll of deep space travel, and survive a discovery on Europa more profound than they had ever imagined.


“When you have those moments when the score is pulling on your heart strings, even though it’s a found footage movie, it makes sense because Europa Ventures wants to manipulate you,” McCreary described.  “They want you to feel this certain way because it’s in their interest for you to feel that way.  And so in that regard, even though there are times where the score is definitely doing something cinematic, it still lands within the rules of the found footage genre.”

Just Announced, could not be any more happier!
-Jeremy [Retro]
Hosted by Unknown at 12:00 AM