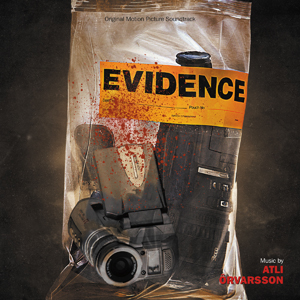 
A team of detectives (Stephen Moyer and Radha Mitchell) attempt to piece together what happened at the scene of a brutal massacre using a number of recording devices found at the crime scene. The footage reveals a group of bus passengers who were forced to fight for their lives after they crash in the middle of the desert and a mysterious killer violently murders them one by one. Composer Atli Örvarsson re-teams with director Olatunde Osunsanmi (The Fourth Kind) for this tense and gritty horror film.

I Just have to say... "Oh Yeah"! I have been a fan of composer Atli Örvarsson for sometime and he is known for his dark and luminous scores. He does another great job bringing you closer to that thing that hides behind that camera lens. It's a shorter score, but it is well worth the listen as I sit with it playing in the background it makes me ask and say "Always Check the Tape"!!!
-Jeremy [Retro]