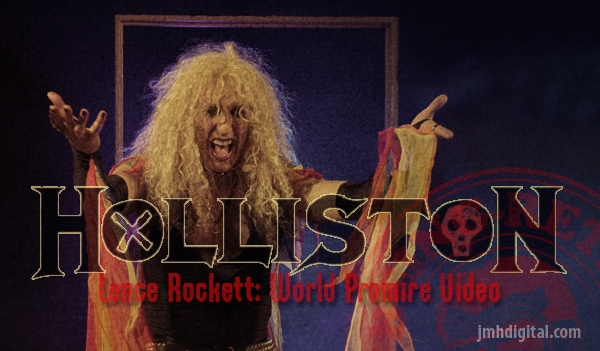 (SANTA MONICA, CA – JULY 23, 2013) – FEARnet is giving fans the chance to relive all 20 episodes of its hit original series, HOLLISTON, in an all-day marathon on Monday, August 5, at 10 a.m. ET/7 a.m. PT. Starting with the series’ pilot episode and running through to the ninth episode of the second season, the marathon will whet fans’ appetites and get them caught up on all the HOLLISTON hijinks, just in time for the season two finale on Tuesday, August 6.

As an added bonus, FEARnet will also be unveiling the world premiere of series character Lance Rockett’s (Twisted Sister’s Dee Snider) first music video. Fans can get a behind-the-scenes look at the music video exclusively on FEARnet, on Friday, August 2. The music video will run again during the HOLLISTON marathon on Monday, August 5, with a portion of the video debuting in the Season 2 finale on Tuesday, August 6, at 10 p.m. ET/7 p.m. PT. The original song, itself, “Love It Down Your Throat,” will be made available for purchase on iTunes right after the season finale airs.

Highlights of the marathon include a terrifying encounter with a hard-partying Tony Todd (CANDYMAN); ill-fated run-ins with Danielle Harris (HATCHET III), Kane Hodder (FRIDAY THE 13TH VII-IX), and John Landis at a horror convention; a Christmas Special with a madman on the loose; an animated episode that sees the town attacked by a giant blob; a RINGU-inspired J-Horror episode; a Found Footage episode; and appearances from genre stars such as Bill Moseley (TEXAS CHAINSAW), Sid Haig (THE LORDS OF SALEM), David Naughton (AN AMERICAN WEREWOLF IN LONDON), and Bailee Madison (DON’T BE AFRAID OF THE DARK).